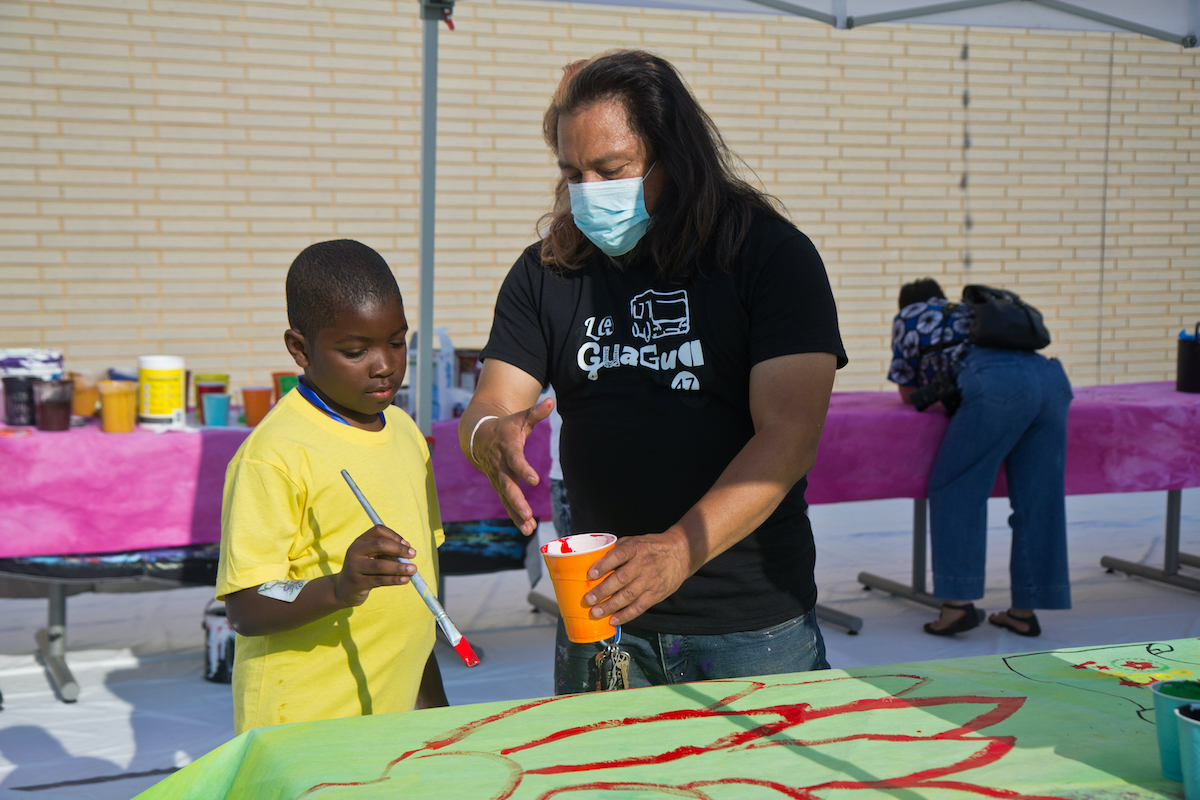 Elba Perez, a longtime resident of Juniata, was a volunteer at the event, helping set up food and handing out raffle tickets.

“I feel like we have a really strong Latino community in Philadelphia and we need to do more positive things, like this,” she said. Perez, who used the 47 bus before taking a car, was happy to celebrate her legacy.

“I’m from Puerto Rico, so my roots are strong,” the volunteer said. “It’s my pride.”

Melissa Tolosa has been in the city for four years and is currently pursuing a doctoral program at Temple, studying geography and urban planning. She heard about the event through social media and, as a resident of North Philly, decided to stop by,

“I wanted to start immersing myself in the community,” the Los Angeles transplant said. “And it looks amazing.”

Taller board member Josh Harris also stopped by with his wife and two children. Her children are enrolled in the after-school bilingual immersion program.

“We want to immerse our children as much as possible in Latin culture,” he said. He was delighted to see so many people in space and his children having fun.

The event at Taller Puertoriqueño was the last gathering before the project moved on to its next phase: film production. Martinez, along with the creative team she has assembled and community members will film at the César Andreu Iglesias Community Garden on Saturday July 16. It will be a big party – una gran fiesta – and everyone is welcome, says Martínez, who plans to premiere the film once it’s finished.

The ultimate goal of the project is to celebrate the diversity of the Latino community and showcase “our collective Latino identity” to the world, Martínez said.

“It’s our time. Let’s all board guagua 47,” the artist Viveros said.

Disclosure: WHYY is a partner in the community film and arts project La Guagua 47.