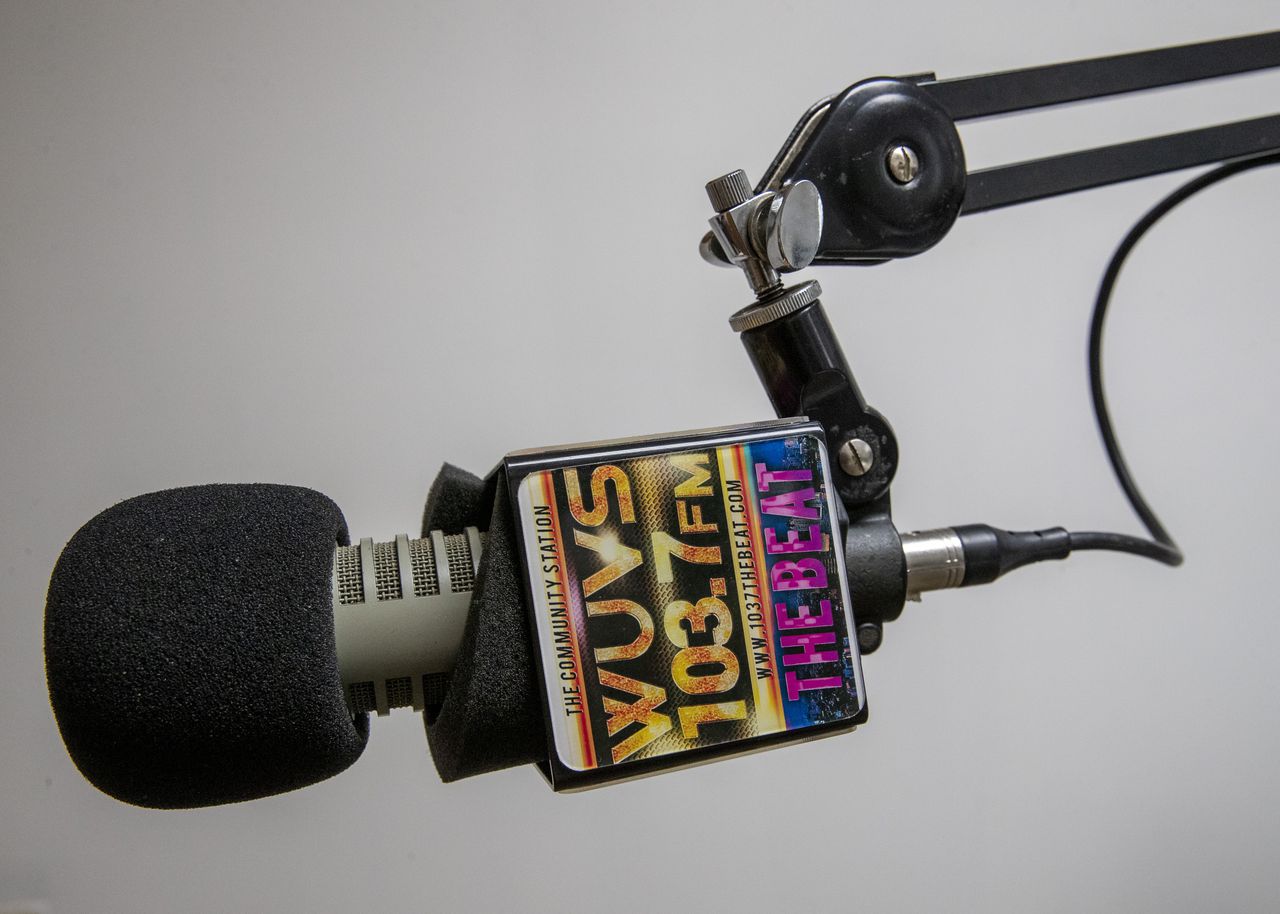 Billings, founder and managing director of WUVS 103.7 THE BEAT, says he is proud that the radio station is now one of the top three in the market. He also reflected on the impact the station has had in the community as it celebrates this milestone 20th anniversary.

The station was once small and simply sought to be an outlet for the black community to voice their opinions on a variety of notable current topics and events and to share relevant information. The idea was also to provide a space where music of all genres could be enjoyed.

“Hopefully we’ve changed the mindset and educated our community on the issues that affect their well-being, using all of our available resources,” Billings said. “It’s our mission statementand so I think we’ve had positive impacts on crime, education, nutrition, and health.

Throughout the week, listeners tune in to hear current events and discussions on topics including politics, education, personalities, local, state and federal news. There are also playful banter and people calling with questions.

“We’re a community station, and we’ve been constantly working on it,” Billings said. “We are a station created for the black community who had no voice at the time. When we started 20 years ago, there was no Facebook, there was no YouTube. We were the voice and we are still that voice.

About a year ago, Billings resigned as program director, handing that responsibility over to his mentee Mehean Jones-Quinn or DJ Q89.

Quinn, who started as a trainee at the age of 17, envisioned one day becoming a top DJ as he traveled around West Michigan to attend DJ parties.

“It’s a great honor from the founders,” said Quinn, 23. “Because when you’ve been doing something for so long, it’s so hard to let go. And I plan to do the same in the future, once I see a young person I know can follow in the footsteps and continue our mission at the station.

Before Billings launched the radio station and offered internships, he worked in television and had a nonprofit organization. He said he was then inspired to bring that mindset to his radio station in 1994 and began hosting food giveaways and job and health fairs, as part of the mission. .

On the health front, Billings said it has partnered with Mercy Health and co-sponsored health fairs. He said the community is better informed because of the shared airway information.

When it comes to crime in the area, Billings says he’s had police chiefs host shows for the past 20 years, as well as other city leaders.

About 10 years ago, at a time of increased crime and gang activity, Billings said the station was successful in convincing community leaders and rival gangs to agree on safety communities.

“We first brought the community leaders together and made them realize how important it is for the bloodshed to stop,” Billings said. “Then they got the rival gangs together and brought them in to take a picture. They had fought for decades, but they called a truce. And since that time, there have been no riffs between these gangs.

Billings said the station’s role inspired him to partner with Muskegon Heights High School to further educate students about black history after learning his daughter didn’t know what Juneteenth was at school. ‘era.

He said the conversation with the school board took place at a board meeting about 13 years ago. He said they started taking busloads of kids to museums in Detroit and on trips to Washington D.C.

Billings said he wanted something bigger and decided to take the kids to Africa every year. He said he wanted his daughter and other children in the community to know about Africa’s rich history, not the stereotypes often seen on TV.

“We have kids in Muskegon now, not knowing that Africa is not what you see on TV,” Billings said. “Not knowing Ghana’s rich history, what the slave castles are like, the rites of passage and how important it was to black liberation in West Africa.”

During their week-long stays in Africa, Billings said he and the students took the time to help communities in Africa that needed support. In recent years, Billings said he has been unable to take the kids to tip due to the COVID-19 pandemic and vaccination protocols and rising cases.

Billings, a citizen of Ghanna, still makes a trip to Africa three times a year to help out in various ways. He said his goal was to boost the quality of life in his village, working to transport books, hygiene products and other necessities for residents.

Listeners can catch all 15 WUVS programs by tuning in to 103.7 in Muskegon. To keep up to date with the resort’s upcoming outdoor summer events, visit website Where Facebook page. Station information can also be found on the new app UMOJAonly available on the Application store.

Clinic offered in Muskegon for those requesting expungement of criminal records

The Big 7 Association Hosts a Scholarship and Awards Banquet | Local

Mixed Mask Use Among Harvard Undergraduates After Requirement Lifted | News