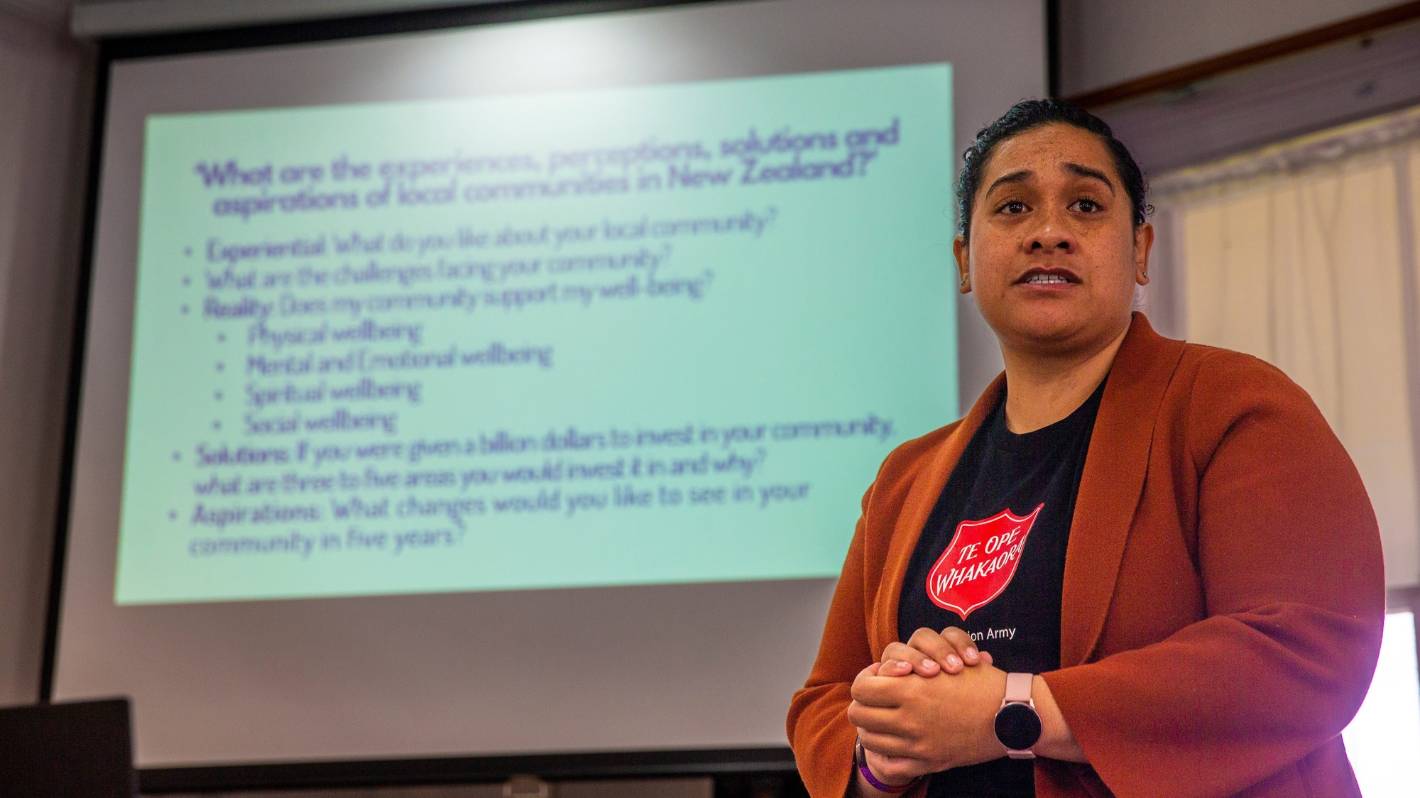 Salvation Army social policy analyst Ana Ika said her team was widely known as “The Doom and Gloom Unit” because they highlighted the problems in a small town in New York. Zeeland.

Blenheim has become an increasingly divided town between the ‘haves’ and the ‘have-nots’, according to a report recently released by the Salvation Army.

The conclusion was reached after the charity completed its annual State of Our Communities 2022 report, focusing on four regions of New Zealand, including Blenheim.

The report found that the city’s housing shortages, combined with a low-skilled, low-paying employment sector and the growing cost of living crisis, were fueling the social divide.

The report’s author, Ana Ika, from the organization’s social and parliamentary policy unit, said she found that many of the city’s problems stem from low wages, high rental prices and few opportunities for workers to progress.

READ MORE:
* The Covid pandemic has highlighted the persistence of discrimination and poverty in New Zealand
* In search of salvation: anxiety and depression at the forefront in winter
* Social inequality is highlighted with housing drone photos

“There are significant challenges around housing, often supported by financial income. There is a big gap between the “haves” and the “have nots”. Many do it very hard, many jobs here have low wages,” Ika said.

“Locals spoke about the wine industry and the role it plays in driving socio-economic inequality and disparity in the community. The lack of economic diversification in the area meant that many residents were “working poor” confined to low-wage jobs because there were no other options.

“There is a great dependence on the wine industry, and the wine industry has relatively low wages, and the impact that has on the cost of living. The number of working poor is growing here in Blenheim – people who work but don’t have enough income to support themselves,” she said.

Ika said the main challenge facing the city’s residents was the shortage of housing, and high rents were a particular concern. According to the Human Rights Commission, rent was considered unaffordable if it cost more than one-third of the tenant’s after-tax income.

All of Blenheim’s suburbs except Springlands and Witherlea West were deemed unaffordable for renters, the report said.

“It shows that rent is absolutely unaffordable right now in Blenheim,” Ika said.

“For the people of Blenheim, unaffordable housing is further perpetuated by low wages. The industries that have created the most jobs in Blenheim since 2011 are agriculture, forestry, fishing and manufacturing, all of which have relatively low wages.

Ika said Blenheim’s housing problems were also a barrier to attracting professionals to come to live and work in the area.

“It was gratifying to know that what we thought of the community in terms of our work is represented in the report and was not completely wrong. This makes housing challenges all the more pressing.

“As for the ‘working poor’, it could be a family where everyone has a job, and yet we see them here needing a food parcel, and that’s a very common story. Many people we work with who are in emergency accommodation through work and income have jobs and want to enter the rental market, but they just can’t.

“They go to see an apartment and there are 30 other people who want the same apartment. It’s just a crazy market to break into, and all of that is reflected in this report,” he said.

Ika said the next step would be to present the 2022 State of Communities Report to the local MP and Parliament in hopes of instigating and implementing change.

The State of Blenheim: Other Key Findings

• Violence and sexual assault on the increase.

• Growing presence of gangs and drugs, especially methamphetamine, in Blenheim.

• Limited opportunities for young people to progress, resulting in many leaving town or ending up in the wrong clientele.

• The town is ‘cliquey’ which makes it difficult for newcomers to make friends.

• Housing issues, cost of living, health care and crime are top of mind for residents.