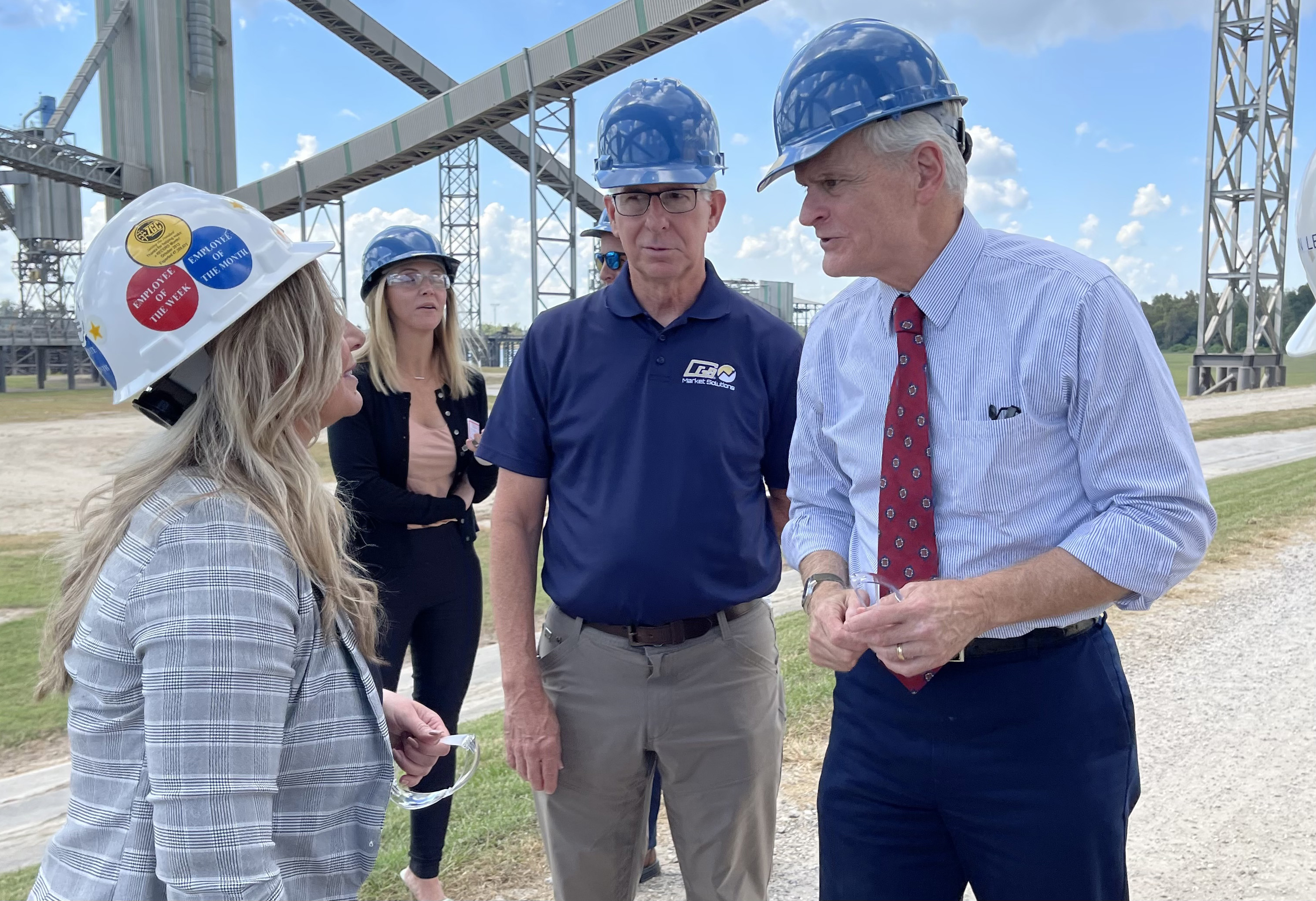 While there, Cassidy toured his PET (Process Equipment Trainer) plant, which will train RPCC students studying process technology, instrumentation and electrical technology, millwright, welding, and other related programs. to industry. The plant was designed and built by energy companies such as BASF and Dow Chemical, which will provide refresher training and ongoing training on site.

“We want our employees to be as successful as possible,” said Dr. Cassidy. “RPCC does a great job educating students and equipping them with the skills they need. Our community colleges offer an affordable way to advance your education. »

Cassidy also toured the RPCC labs and spoke with students. He was led on the tour by Mr. Quentin Taylor, Acting Chancellor of the RPCC.

“I was honored to welcome Senator Cassidy to the RPCC,” said Mr. Taylor. “Senator Cassidy’s commitment to education and the people of Louisiana is something we can all be proud of. Since I first met him 10 years ago, education and workforce development has been a priority. I enjoyed him engaging with our students and learning more about the exciting future of RPCC and how our college is leading the way in preparing students for great careers in proven economic engines, as well only in new and emerging sectors.

Earlier, Cassidy toured the Zen-Noh Grain facility at Convent, including its export silo, which can load or unload more than 150,000 bushels per hour. Zen-Noh Grain helps export corn, animal feed and soybeans to the rest of the world.

“Shipping American products around the world is what Zen-Noh does. Their concerns are adequate infrastructure, the health of the Mississippi River, and farmer productivity,” Dr. Cassidy said. “I was delighted to learn that the bipartisan infrastructure bill was so important to their success.”

“We appreciate Senator Cassidy’s visit to our export elevator in Convent, Louisiana today,” said Colbert. “We discussed the importance of a functioning U.S. inland waterway system and the issues, including delays and additional barge transportation system costs, caused by the very low water levels of the Mississippi River. We sincerely thank Senator Cassidy for ensuring prompt action by ACOE and USCG to resolve river issues, such as port blockages, after incidents such as Hurricane Ida and power lines in the river.

“We also discussed the importance of American farmers growing produce for export, free trade for American markets, and the need for reliable rail service. We look forward to continuing to work with Senator Cassidy and his team on these very important issues.