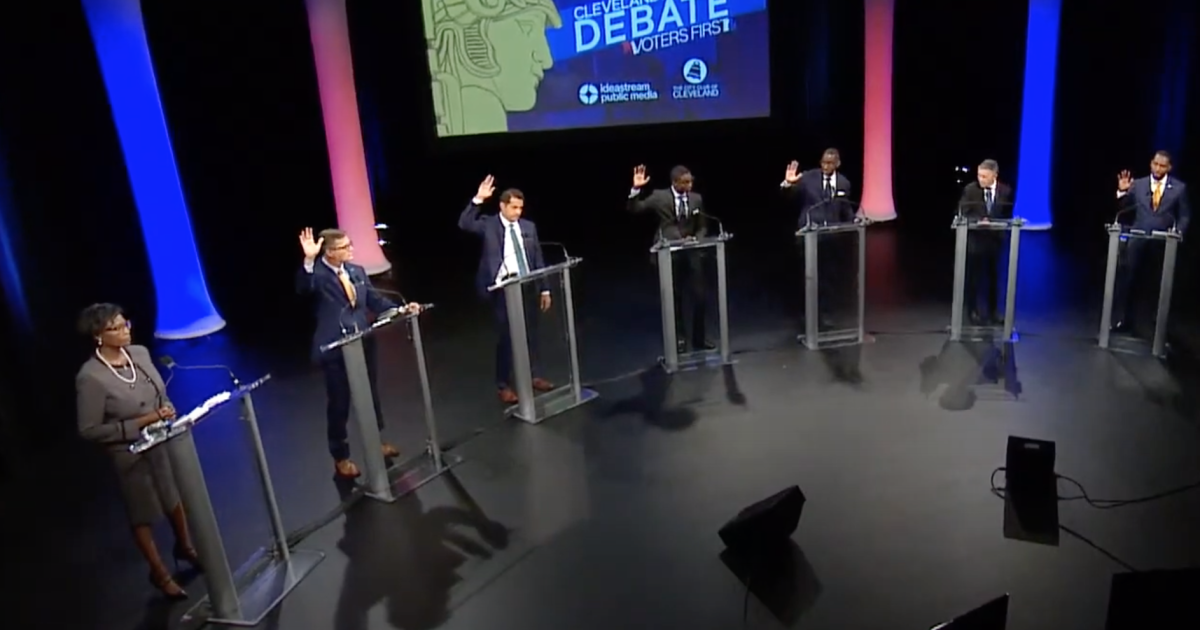 The questions came directly from the voters, the people of Cleveland.

Not all of the 7 candidates answered all of the questions, but they all answered one question in each category.

Q: Do you think our law enforcement should respond to incidents of mental health crisis in the city of Cleveland?

“As a parole officer, I used to go to homes on my own on a regular basis and found that the situation I was called by my parolee to be was not actually something that needed to be done. be managed by law enforcement officers. I really think law enforcement officers need to be on the sidelines and we need to have mental health counselors as well as substance abuse counselors with officers law enforcement when they go out. I think we should have a dual approach. Law enforcement should be in the background. And the experts who deal with mental health issues should be the ones who do. tackle this problem that will prevent so many people from being arrested unnecessarily for having a mental health problem. “

“When there is a service call for a mental health consumer, that service call, they don’t know what the circumstances are and it can be a dangerous situation. The police must be involved. I am a former social worker. I have worked in community mental health for over 15 years and I understand what these calls for service are, the volatility that exists. The police have to be the first responders, but that doesn’t mean this has to be our last interaction. Mental health professionals can accompany the police, they can advise, but they shouldn’t be the first on the scene and it becomes too easy to say that we are going to put social workers on these calls for service. Police are trained to handle volatile situations. Mental health professionals can support this. It’s not as simple as saying we can figure out who should answer what calls everyone in this equation, from the police, to mental health professionals to the wider community, needs to work together to find out how to solve this problem. “

“Almost five years ago, I lost my cousin Chris, who was brutally suffocated to death by his partner, who suffered from an episode of mental health and it took EMS almost 40 minutes to recover. present. What we have seen, all over this country, cities are doing the hard work of rethinking what police should look like. I think we should have a call answering model in all of our five police districts In the city of Cleveland, in 2016, we did an 18 month pilot project in the 2nd district and we showed that almost 37% of calls to 911 did not warrant an armed response from the police. is easy and convenient because we have already done it in the city of Cleveland. We should follow what Columbus has done and Denver has done too, and run a co-responder model in all of our 5 police districts and as a mayor, I also want to add a fourth option to 911 and link it to health men tale so that we have the right answer for the right call because we cannot continue to have a public safety goal and model only to address the root causes of violent crime and trauma across our city. “

Q: What will you do as mayor to make people feel safe when they call the police?

“Well, first we have to become a city where we focus more on rehabilitation than incarceration, and as mayor I want to create a mobile crisis unit. We understand that over 70% of our phone calls are domestic issues, so we should know that the cops aren’t the only ones who should be fixing these issues. Mental health experts are extremely important. But as mayor I also mean that if we are to be successful we have to understand that adding more cops may not be the solution and inefficient spending may not be the solution as well. We see that we have a general budget of $ 335 million and we have added money to it every year, but yet and still the city of Cleveland has 3 times the national crime statistics, so more money will not be the solution. Community policing, working with the police. I want to say that is also important, because our officers put their lives on the line every day. We should not criminalize great officers. There are a lot of great agents who come to work every day to do a great job and we have to make sure they have the technology and the equipment to do their job properly, while also making sure that the experts in mental health be with them. “

“First of all, you should feel safe calling the police, but second, I am the only one on this scene who has posted on their website, for the public to see, a 10 point safety plan. .A 10-point security plan that even The Plain Dealer, in this weekend’s editorial, said “Zack Reed is right” because when you call the police it’s responsive and what you say, girl we need a police force that’s gonna be proactive and that’s why i said we need to start looking at public safety from a different angle, let’s stop looking at it from a perspective justice and start looking at it for what it. and formerly incarcerated women who walk in your neighborhood, walk in your community and talk to you, so we don’t have to call the police every time. “

“This is about the responsibility, the responsibility, the responsibility and the right of Zack in large part, most of our officers are great. I support the Citizens for Safer CLE amendment to make the charter permanent. We have need a culture change. These incidents are tearing the fabric, not just of Cleveland, but across the country. I also think we need to create a co-sponsor model, hire more mental health professionals, workers social, code enforcement. If you know that you are calling for something that can be done by a code enforcement manager, then you will feel more comfortable calling. This will allow you to follow up. pace, to interrupt the violence, to get to know your local agent as if you would with your mail. But ultimately, accountability is the one thing that will change the world in 5.10 years. “

Q: Is hiring more police the answer to the rise in violence on the streets?

“I say this in the face of a siege of crime affecting so many of our neighborhoods, drive-by shootings terrorizing gang communities that rampage from east to west on off-road motorcycles and ATMs, firing guns people want to be protected and they want to make sure that taxpayers’ money is already going to their safety, but we just don’t have enough cops. I spoke to the police, they are overwhelmed. right now. We need more people who can be involved, but they need to be better trained. They need to be race sensitive. They need to be trained in constitutional rights. They need to be better educated in general. But we need to be educated. more police to be able to fight homicide. We need people in a forensic investigation unit to be able to track the crimes that have been committed and try to track down those criminals. Cleveland is one of the cities most violent in America right now and until we can assure people that Cleveland public safety can be your top government priority, people won’t trust the government can protect them. “

Click on here to watch the full debate and the candidates speaking out on other topics, including racial equity, health equity, housing and government transparency.

The primary election is September 14, the race will be reduced to just 2 candidates. Early voting for the primary begins August 17. The general election is on November 2.