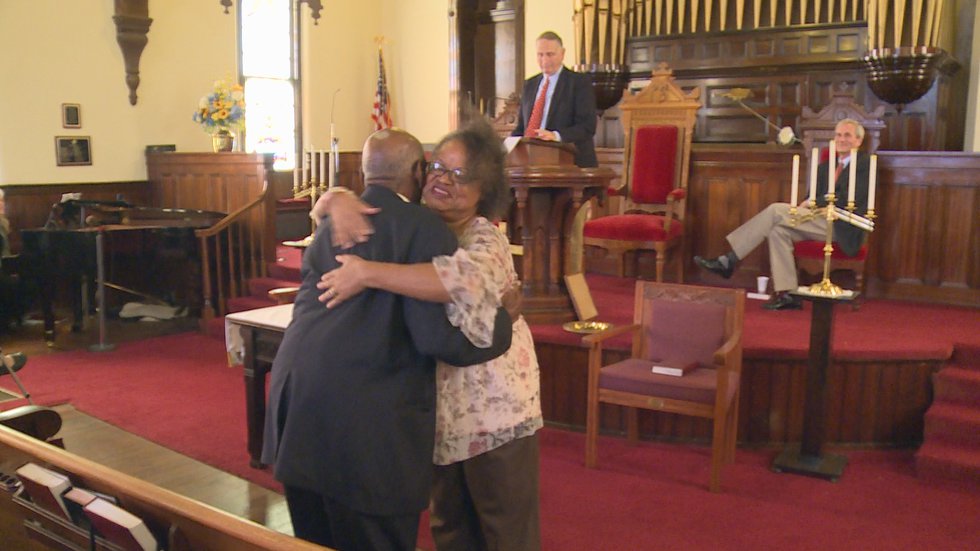 LEXINGTON, Ky. (WKYT) – Story after story is being shared Saturday from the pews of First Presbyterian Church in downtown Mount Sterling.

But they all end the same way, applauding George Washington Garrett.

“It’s an honor anytime someone can turn 100. But we’re talking about someone who also served their country in World War II,” Mayor Al Botts said.

And has since returned to serve his community at Mount Sterling. Which means it’s only fitting that Mayor Al Botts should offer the so-called ‘Mayor of Queen Street’ the keys to the city.

“I think it’s George’s gift. He makes the world around him a better place and he makes people feel better about themselves,” Botts said.

“He kept saying you look like your mother,” said family friend Marilyn Hairston.

Marilyn Hairston returned to Mount Sterling from Portsmouth, Ohio to celebrate Garrett. Garrett and his late wife Margaret and Hairston’s parents were longtime friends before their deaths. His greetings on Saturday after many years of meaning the world to Hairston.

“He still lives in the same house. He cuts his own grass. He drives. I’m like wow, I hope to be like you if I ever turn 100. He’s such a wonderful man.

But in all the commotion, all this 100-year-old World War II veteran who once stormed the beaches of Normandy wants to do now…

“It’s time to go out there and eat,” Garrett said.

Then they will also add signs for all living veterans.