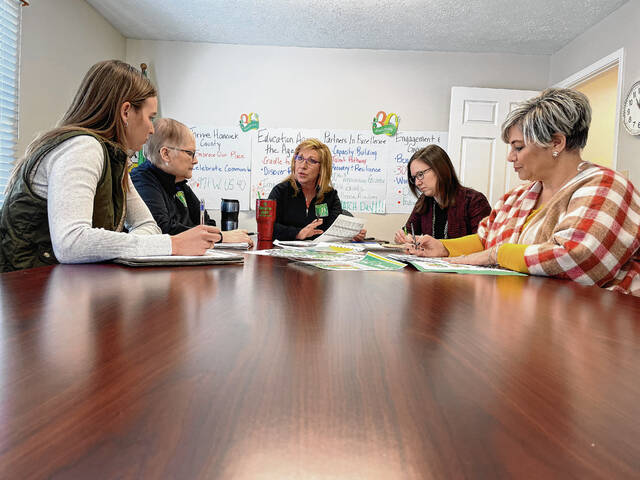 HANCOCK COUNTY – It has been three decades since Tom Miller, Joe Smith, Ron Pritzke and a handful of other visionaries came together to create the Hancock County Community Foundation.

This year marks the 30th anniversary of the organization, which manages funds that now generate enough interest to distribute approximately $ 2 million annually.

â€œIt’s hard to believe it’s been 30 years,â€ said Miller, who at the time was the director of the Hancock Economic Development Council.

He fondly remembers those early days of the foundation’s formation.

â€œIt was a very exciting time and a lot of work went into it. It was one of the most rewarding things I’ve ever worked on in my life, â€said Miller, who founded his consulting firm Thomas P. Miller & Associates around the same time.

The McCordsville man said a number of key players have come together to make the local community foundation a reality. They answered the call by Lilly Endowment, which challenged communities across the state to create their own foundations, offering more than $ 1 million in matching funds to those who did. This initial investment has grown into an endowment valued today at $ 57 million.

â€œIt looked like this would be a good opportunity for the community to explore, so a small steering group formed and decided it made sense to continue. And the rest is history, â€Miller said.

Bert Curry was there, having been a founding member of the board of directors of the Hancock County Community Foundation and the first chairman of the board.

â€œIt’s very exciting to have watched him grow up over the past 30 years, and to know that I was a very small part of that. It’s a good feeling to have been part of something big, â€he said earlier this week, as plans to celebrate this year’s anniversary unfolded.

Foundation president Mary Gibble said her team are embarking on a year-long thank you tour to express their gratitude to those who have supported and served the foundation over the years.

â€œWe see our 30th anniversary as a milestone, so we’re going to officially use it as a way of thanking you in different ways throughout the year,â€ she said.

Next month, the foundation is hosting a Farming & Ag breakfast. Throughout March he will be handing out gold and green Hancock County flags.

This summer, the foundation’s offices will move from their current location at 312 E. Main St. to a new location three miles away at 971 WUS 40 in Greenfield, in the current home of Realife Church.

Gibble hopes to be installed in the new building in time to invite the public for Match Day on September 30, when staff will host a 30-hour fundraiser for their various endowments.

On November 11, the foundation will host a celebratory gala “to invite the community to come celebrate with us,” Gibble said.

Gibble, who served the foundation as a board member and program manager before landing the director position in 2006, said she was thrilled to see the organization grow over the years.

One of the pivotal moments of growth came several years ago, she said, when local businesswoman and philanthropist Martha Beckenholdt arranged to bequeath her entire estate to the foundation. .

â€œIt made a statement, and many generous stakeholders have followed its example,â€ Gibble said.

It is the continued generosity of donors that helped build the funds that the community foundation manages today.

â€œWe now manage over 300 endowment funds; we donate nearly $ 2 million per year to charitable causes across the community; and we’ll give out $ 425,000 in scholarships this year, â€Gibble said.

â€œWe couldn’t do any of this without our endowment funds, which are invested together for maximum earning power and minimal impact on fees. Each fund has its own personality and its own history.

Miller said having a community foundation is essential for a community that wants to thrive and grow.

â€œThe community foundation is a way for people to invest in the future, to invest in causes and things that they believe in,â€ he said.

Curry is also a big fan of the concept of a community foundation, which he says ensures that donations from donors can live on in perpetuity.

â€œThere are a lot of people out there who want to donate to something that they know is sustainable and that will be around long after they’re gone. The community foundation has become the hub of this, â€he said.

â€œIf you give your money directly to a particular organization, you don’t really know what it will become in 20, 30 or 50 years. By giving to the community foundation, you can know that (your donation) will be managed and do good for a long time to benefit whatever needs the moment needs.