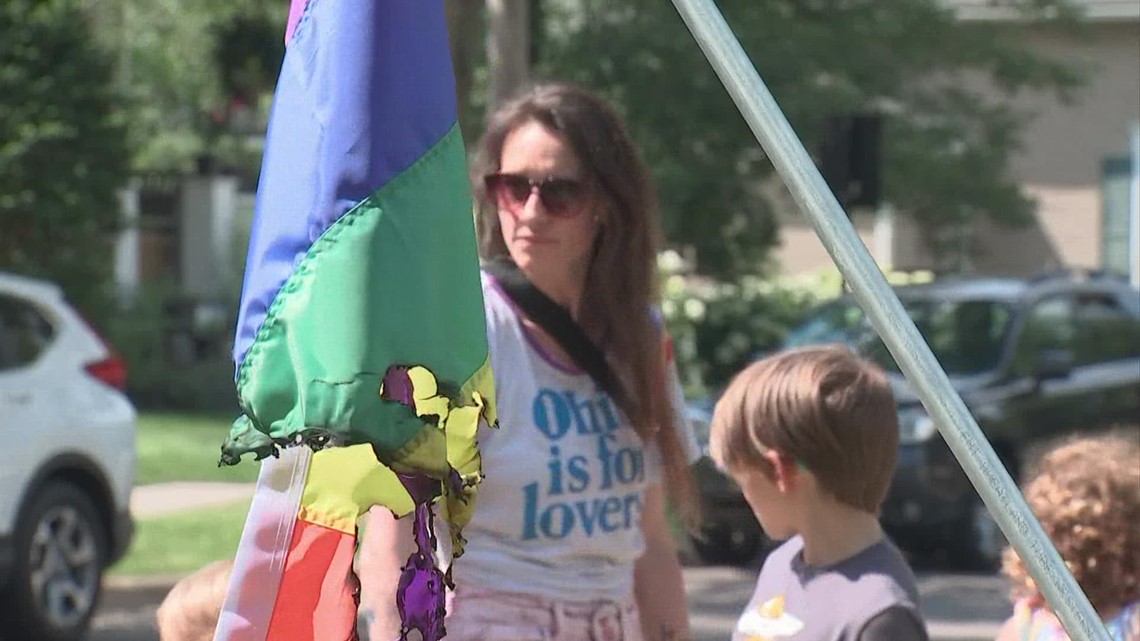 Residents of Canal Winchester gathered at the United Church of Christ of David to pray and send a message after someone burned a Pride flag outside the church.

CANAL WINCHESTER, Ohio — A community came together to show their support for the LGBTQ community after a pride flag was lit on fire outside a church in Canal Winchester on Tuesday night.

Hours after the news broke, people gathered outside the United Church of Christ of David to pray and show their support.

“It’s an inclusive church where everyone is welcome,” Reverend James Semmelroth Darnell said.

Darnell said he started receiving calls, texts and emails early Wednesday morning from people who saw the flag being burned outside his church.

He said that for now, the flag remains up.

“It says we’re still here. We still send that message of love and affirmation to the community,” Darnell said.

For Jonelle Lancaster, who came to support the church on Wednesday, the flag is a symbol of all the hardships members of the LGBTQ community have had to endure. She said it was a teaching moment for her and her children.

“We have to get to the heart of why we’re still walking, why we’re still showing up at small events like this. We’re here, we’re not leaving. We just want to raise our family in an environment that accepts them,” Lancaster said.

As supporters stood around a charred flag, their message to whoever is responsible is simple.

“God loves you and we forgive you, but we won’t be deterred from loving and affirming LGBTQ people,” Darnell said.

A member of the congregation donated a new flag to the church. Darnell said that would increase at some point.

The church later posted on Facebook that it had filed a police report.