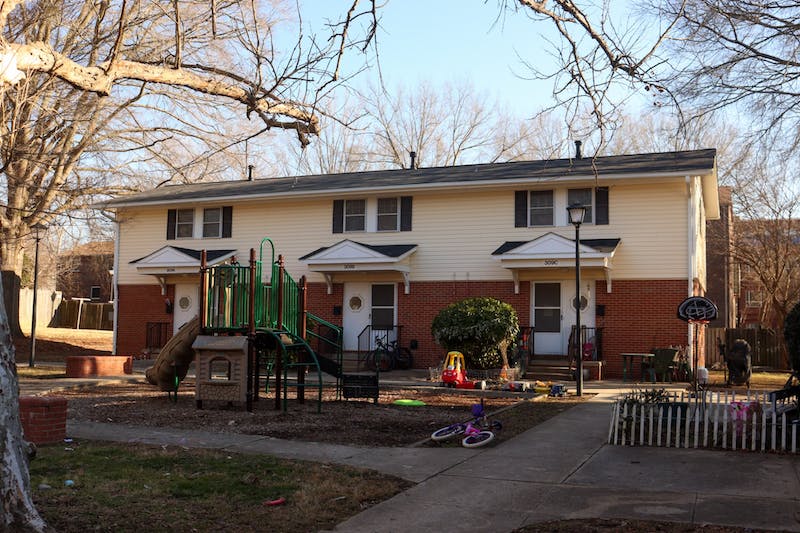 On September 8, the Community Home Trust, an affordable housing nonprofit, recognized members of the local community for their work, along with the town of Chapel Hill.

For over 30 years, CHT has helped provide residents of Chapel Hill and Carrboro with affordable housing through its partnership with the Town of Chapel Hill.

The event took place at Southern Community Park and was open to the public. An opportunity for those involved in the CHT to come together, the meeting also offered food and a draw for raffle tickets.

Daniele Berman, CHT’s marketing and communications manager, said these events serve the organization to share updates with the public. However, this year’s event is only the second time that CHT has held an awards ceremony.

“Last year we decided that we also wanted to recognize people who do a really good job. doing the same kind of work that we do with the same goals that we have to make sure that Chapel Hill and Carrboro and Orange County are generally affordable places for a lot of people to live,” Berman said.

One of the awards presented by CHT at the event was the Outstanding Innovation Award, which the City of Chapel Hill received for its inclusive zoning policy.

Inaugurated in 2010, the Inclusive Zoning Policy ensures affordability of housing options in every new City development.

According to their website, CHT helps community members buy and sell affordable homes. When a CHT owner wishes to move, the house remains in CHT’s inventory. This allows homes that would otherwise rise in price to remain affordable indefinitely.

Berman said the city is working hard to make sure there are affordable opportunities for people to live in the area.

Chapel Hill City Council member Michael Parker accepted the award on behalf of the city. He added that CHT has been an important partner for the City.

“I am so grateful for the work the Community Home Trust does for our community,” Parker said.

The Community Home Trust awarded two other awards this year. One of these was the Good Neighbor Award, which recognizes a community member who demonstrates a commitment to their community. CHT presented it in honor of the organization’s late Housing Program Coordinator, Deanna Carson, who passed away in 2020.

This year, local resident LaPerry Ward received the award. Although he was unable to attend the event, Berman described him as being like a big brother or uncle to nearby residents.

“He really cares about his neighbors and is there for everyone,” Berman said.

The Building Better Futures award honors a donor to the organization. This year the recipient was Evan Hirawasa, a local preschool teacher and owner of CHT.

Hirawasa said she had sent monthly donations to CHT for 19 years.

She added that she believed housing should be an equal opportunity for all and that she donated without expecting anything in return. She said she did not expect to receive an award.

“It’s just something I don’t even think about,” Hirawasa said. “I just do it because it’s important.”

Many people at the event are owners through CHT.

Mary Matos and her husband, Joseph, said they moved to Chapel Hill from South Carolina more than eight years ago to be closer to their children, who are now adults. When they saw how high house prices were, they contacted CHT.

Mary Matos said they bought an affordable home through CHT – and still live there today.

“The people at the home trust are very, very reliable,” said Joseph Matos. “They are very nice and they treat you like a human being.”

To get the day’s news and headlines delivered to your inbox every morning, sign up for our email newsletters.