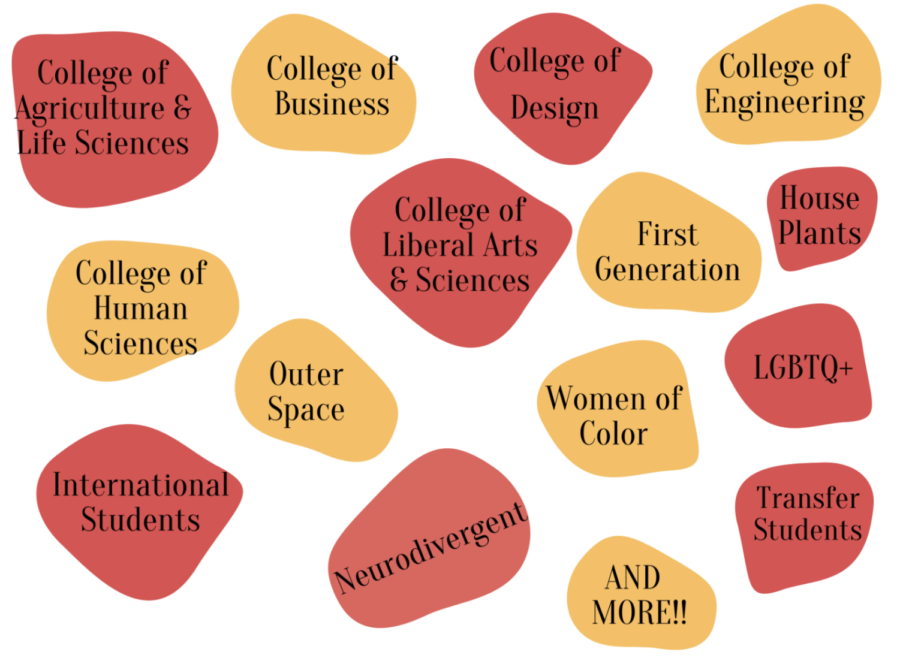 Fields of study involving science, technology, engineering and mathematics (STEM) remain predominantly male-dominated spaces. The lack of community among women in these fields of study creates problems in ensuring that women are retained and earn a STEM degree.

Women in Science and Engineering (WiSE) has created a new program, Community Groups, in hopes of tackling this problem by connecting women through shared interests and identities.

“What we see with women in STEM is that generally if women in STEM choose to continue in STEM, it usually has nothing to do with academics,” said Sarah DuBois, Head of Undergraduate Programs at WiSE. “It has a lot more to do with that sense of belonging and community. This is where isolation and impostor syndrome can set in.

Community groups grew out of focus groups and surveys of students who said they wanted more in-person events.

“They really wanted the opportunity to connect with other women in STEM,” DuBois said.

Community groups are small groups that participate in weekly informal meetings. These groups are made up of a community coordinator, who is an upper division student, and a group of five to six students.

“We have a group of leaders who are going to lead a community that is meaningful to them, so some of them are women of color, some are first generation, LGBTQ+, and transfers,” Gayle said. Yii, a senior industrial design student and lead community coordinator. “They’re just going to do things that interest them.”

“I’ve always been passionate about gender equity and women’s rights, and then I found the WiSE List,” said Tessa Morgan, a cybersecurity engineering graduate and community coordinator.

WiSE Community Groups will not create any new programming.

“Small groups will meet once a week, and they’ll do very informal gatherings like having coffee, studying together, having dinner, or connecting to events that are already happening on campus,” DuBois said.

Groups are also formed around interests that community coordinators have shared in the form of ideas. Some of them include outer space, indoor plants, watching movies, sports, and the outdoors.

“They were like, ‘what do you want your band to be,’ and I told them I would come back to them,” Morgan said. “Since spring break, I’ve been into plants, so my mom was like, ‘Why don’t you make one for houseplants?'”

Community groups also have the option of coming together as a larger WiSE group for monthly Wise Connects which meet on the first Monday and Tuesday of each month for activities and food.

“For some majors, especially where there aren’t as many women, they should all really know each other,” DuBois said. “You have to be connected, and that’s where the idea came from. Hopefully these friendships and relationships can form and last even when the Community Coordinator graduates. »

Currently, 120 women in STEM have signed up to participate in community groups.

You can still sign up to be in a Community group or lead as Community Coordinator.