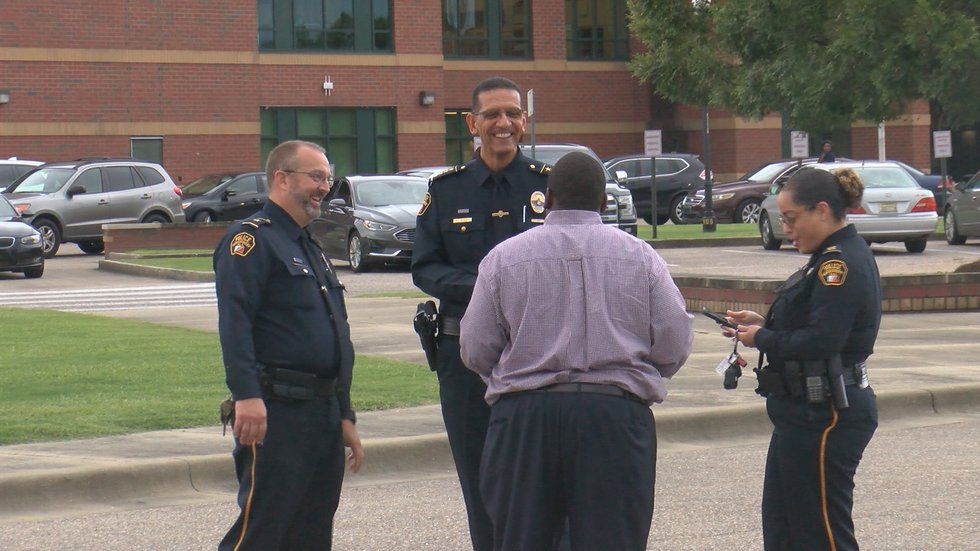 MONTGOMERY, Ala. (WSFA) – Despite rain in the forecast and gray skies, Montgomery police and emergency officials still showed up for a National Night Out event at Carver High School.

Police Chief Darryl Albert said it was an important part of uniting officers with residents in the fight against violent crime.

“The police department is not doing this alone,” Albert said. “It’s the community that really makes the difference.”

He explained that these were partnerships between the city and its inhabitants. National Night Out is the opportunity to do so.

The police chief is still in his first year as head of the MPD, and he said events like these play a crucial role in meeting the community. He added that it is essential that he and his officers be a familiar face in Montgomery’s quarters.

“It’s a great community effort that we can get in with the community, talk, build partnerships and have the good conversation needed about what we can do to keep Montgomery safe,” Albert said.

It was the same mission at the Home Depot on Chantilly Parkway, where Montgomery County Sheriff Derrick Cunningham hosted a similar event.

A crime scene unit was on the scene, along with a K-9 officer.

Although the weather was not very cooperative, the sheriff said he was planning another community event very soon.

“Just to let our community know that, ‘Hey, we’re here. We want to answer these questions,'” he said.

Across the county, millions of neighbors and law enforcement officers have come together at block parties, barbecues and other community events to find common ground.