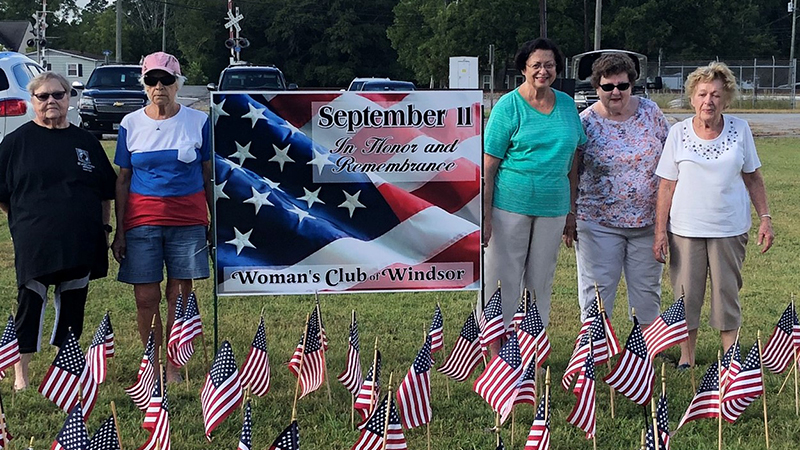 Although the Woman’s Club of Windsor, Inc. does not meet during the summer months, the Civic Engagement Community Service program completed its first project today, a week before the first meeting of the new year of the club.

A beautiful sign was placed on the lot between US 460 and Church Street with many American flags around to commemorate the 21st anniversary of 9/11. We remember the many people who lost their lives that day and also honor the many people who tried to save them. It was a very tragic day and one we will never forget.

The Woman’s Club of Windsor Inc. meets at 7:00 p.m. on the third Thursday evening of each month between September and May at the Windsor Ruritan Building.

The Woman’s Club of Windsor was founded in May 1930 with the same goals as today from the beginning – to promote the civic, cultural, educational and social welfare of the community, to join other women in the club to to make a difference outside the community and to offer fellowship to its members.