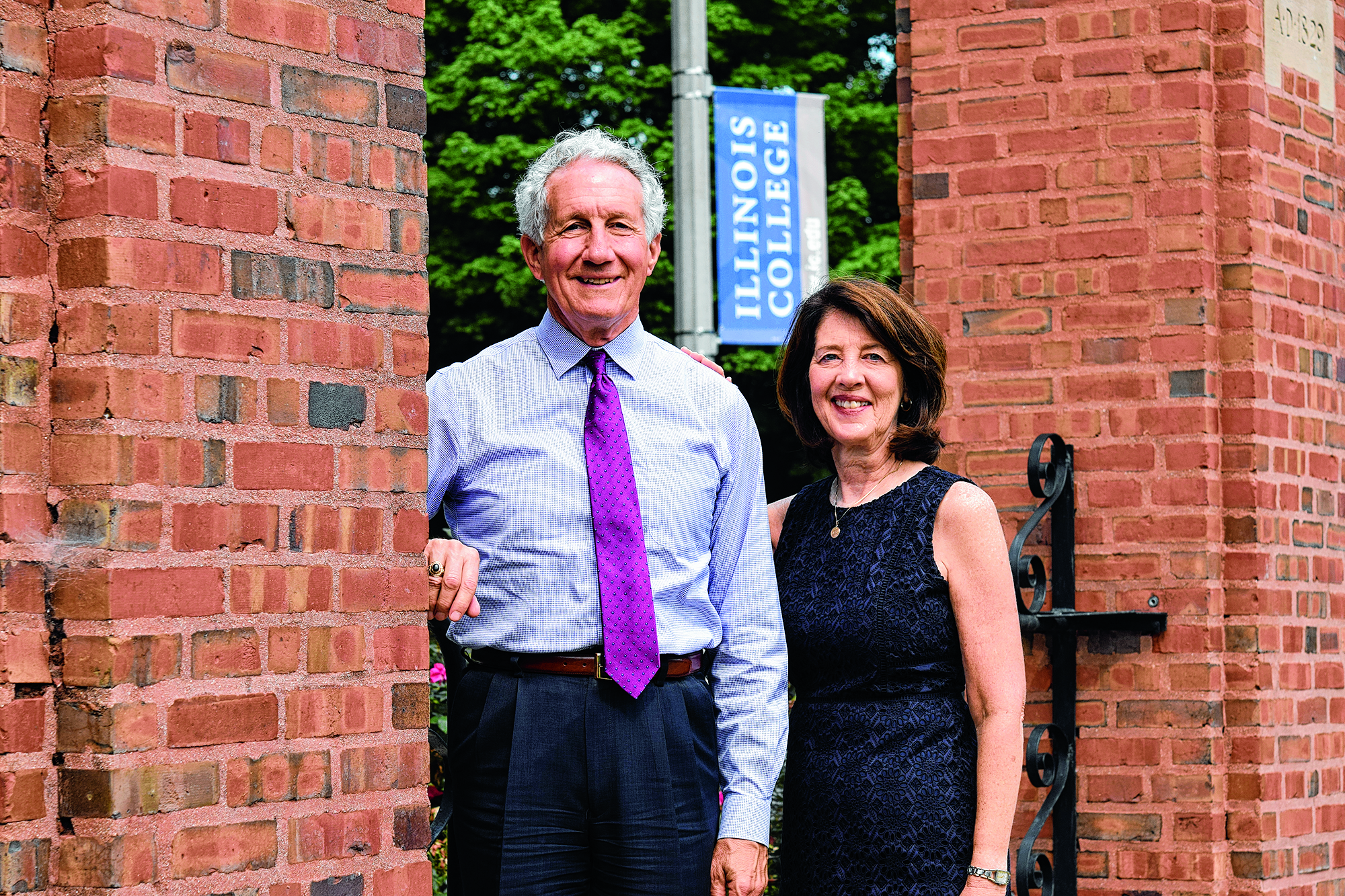 For Chipmans, giving the Jacksonville community a family commitment

Bob and Janet Chipman are lifelong accomplished volunteers who encourage others to “participate” in the community as they have.

“I think Jacksonville is a wonderful city,” said Bob Chipman. “I feel like I am giving back to the city and its citizens something they gave to me.

“There are so many dedicated volunteers in Jacksonville who donate so much time, talent and treasure to various causes,” said Janet Chipman. “It makes this region a great place to live. ”

If you have a suggestion about someone who should be profiled, send their name and any available contact information to [email protected]

Janet Williams, from the Chapin area. and Bob Chipman, a longtime Jacksonville resident, met when Bob was a freshman at Illinois College and Janet was in his final year at Triopia High School. They married when they were both students at IC in 1973. Janet has spent her professional life teaching, while Bob’s career began in city administration, moved to banking, and he has been involved in the real estate industry for over three decades.

The Chipmans are strong supporters of the college they graduated from, and many of their volunteer activities focus on the 192-year-old institution. They are co-chairs of the Illinois College Society, a philanthropic organization, and both have served on the Illinois College Alumni Board of Trustees. Bob continues to be a director of IC, which he has been doing for 23 years, and Janet is a member of the IC Smith House Board of Directors and sits on the IC President’s Advisory Council on Philanthropy. . They both continue to judge at literary society meetings at school.

Sons Timothy, principal of South Jacksonville Elementary School, and Andrew, deputy principal of the Chicago Public Schools System, both graduates of Illinois College, were Fulbright scholars and spent a year studying abroad. Bob and Janet hosted international students for college for 25 years at their Jacksonville home, and four years ago they visited several of these students in Japan as part of an IC trip. For the past seven years, Janet has been the host coordinator of the exchange program between Illinois College and Ritsumeikan University in Japan.

“We really support international students,” Janet said. “We also benefit because we learn from them. ”

Bob and Janet are longtime United Way supporters and co-chaired the 2016 fundraiser with their son Tim and daughter-in-law Stephanie, using the family pun “Chip In” to encourage donations. Six years ago, they were among the leaders in favor of a one-cent sales tax increase to help fund School District 117.

“When this vote took place six years ago, we had an election monitoring team with 60 people in my office,” said Bob. “When we announced it was over, there was a big party.”

The Chipmans are also actively involved in First Presbyterian Church, where they are both ordained elders and have taught an adult Sunday school class for the past 27 years.

“Our faith is very important to us. The apostle Paul told Timothy not to neglect the gifts you have, ”said Janet. “I think we are all called to do it. ”

Janet served on numerous committees for School District 117 while she was an educator for the district. She currently sits on the board of directors of Centraide and has served on the board of auxiliaries of Passavant. Janet founded a children’s choir in their church and took an active leadership role in the multi-faith bible study group of the explorers. She chaired two Passavant Bazaars and Janet and Bob chaired two and performed in four Passavant Follies.

“We had wonderful parents who served as role models for us,” said Janet. “I often think that when I am asked to do something, I honor my parents.”

Bob received a degree in history and government from Illinois College. He worked for Jacksonville Mayor Milt Hocking for a few years, spent ten years in the lending and marketing departments of Farmers State Bank and Trust Co., and was with Chipman Realtors & Appraisers for 35 years.

“I always knew this would be my career path because my grandfather started the business in Rushville, my father had it in Jacksonville, and I’m the third generation in real estate sales and appraisals.” said Bob. “I love helping people buy and sell homes, seeing people achieve the home they want, can enjoy, and can afford.”

Janet taught at Triopia for four years after graduating from IC, stayed home for ten years raising a family, and taught piano lessons at home. She taught for 14 years at North Elementary School and ten years at Jonathan Turner Junior High School. After her retirement, Janet became a part-time English teacher at Routt Catholic High School and is entering her ninth grade there this fall.

“I love school and consider myself a lifelong learner,” Janet said. “I have always been drawn to a life of service and I feel that education is a vocation of service.

Janet feels fortunate to be able to serve the community through her volunteer and professional efforts.

“We are so lucky to live in Jacksonville where we went to college and to be able to maintain these strong bonds,” Janet said.

Bob said the community made him who he is today and his volunteer service is just a way of showing gratitude.