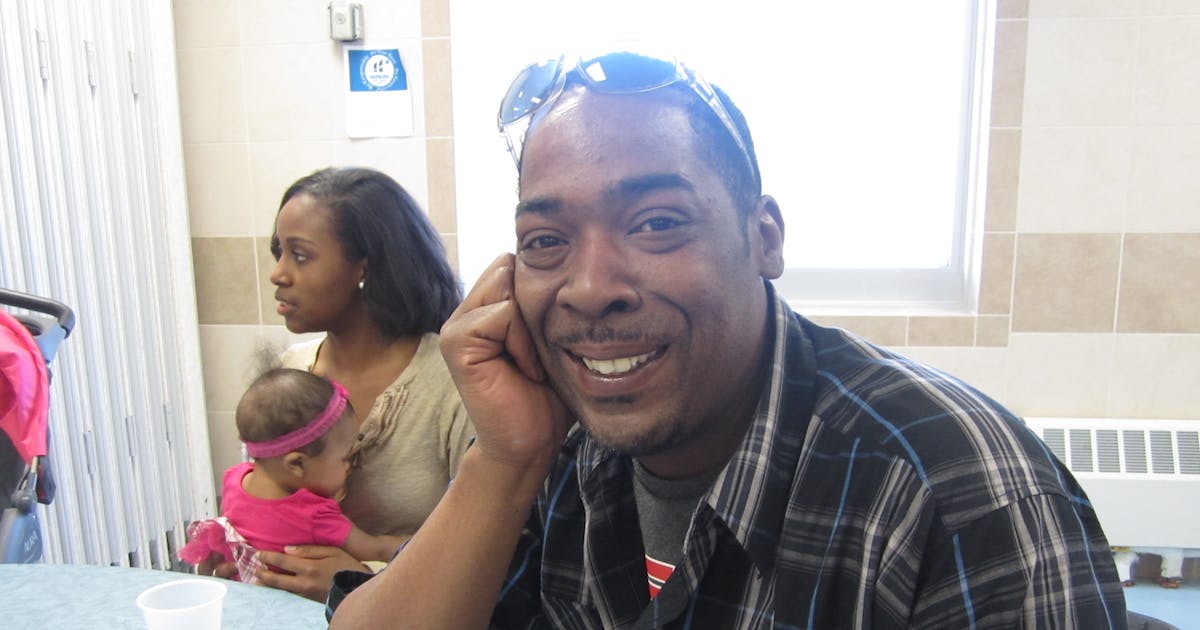 “This guy was truly an angel.”

That’s how Yolanda Farris described George Bickham, who died suddenly in January at the age of 46. For 24 years, Bickham was a constant presence at Perspectives in St. Louis Park, where he worked as a teacher and mentor for children at the 52-unit support center. housing campus for single mothers coming out of homelessness with a dual diagnosis of mental health and addiction.

It is humbling to see how often his colleagues and clients use this word – “angel” – to describe the impact he has had on hundreds of children and their families.

Bickham’s physical presence – a tall man with a deep, commanding voice – contrasted with an empathetic heart for children without positive male role models.

Farris came to live at Perspectives in 2013 with her 10-year-old son, Akili. She had spent seven months in treatment for drug and alcohol addiction. For three years she lived in supportive housing and now works there as a peer support specialist. Bickham was Akili’s father figure: teaching in the Kids Connection program, taking the kids for a barbecue and playing basketball with the St. Louis Park police every week in the summer, having rap battles with the kids, collecting donated items like bicycles or helmets, advising children on difficult topics like safer sex.

“He just took my son under his wing as soon as we walked through the door, teaching him everything,” Farris said. “I can raise him properly, but I can’t teach him to be a man. That’s what George did.”

His colleagues describe him as a Pied Piper for children who have experienced incredibly difficult trauma. He played the part a kid needed: a cheerleader, a shoulder to cry on, a disciplinarian who doled out tough love. And he communicated frequently with the school’s social workers in order to nip the problems in the bud.

“What I will continue to take away from George’s life is this unshakeable belief that I can make a difference in someone’s life,” said Astein Osei, superintendent of schools at St. Louis Park. “He showed up every day knowing he could make a difference.”

This consistency resonated. Many children in Perspectives had lived chaotic lives. Bickham was nothing if not stable: calm under pressure, always there with a word of wisdom, always showing up when needed.

Donnie Williams is now 28 and works as a chef and head chef at Perspectives. She followed her program from 8 to 12 years old.

“He was a teacher, but first he was like a father to all of us,” she said. “I always wanted him to marry my mom so I could call him dad for real.”

Williams moved away and lost touch with Bickham, but when Williams’ mother died a few years ago, Bickham showed up at the funeral: there for the kids, as always.

A funeral for Bickham — left to mourn by his son, six siblings and many other family members — will be held Thursday at New Salem Missionary Baptist Church in north Minneapolis, with a visitation to 10 a.m. and funeral at 11 a.m. Among the wearers will be living examples of Bickham’s impact, including Akili Farris, now 20, a student at Dunwoody College of Technology and working in a nursing home.

At Perspectives, colleagues and families were devastated by Bickham’s sudden passing. “He was meant to be here forever,” Williams said.

Bickham connects with the kids because he, too, had a difficult upbringing in a family with addiction issues and run-ins with the law.

Jeannie Seeley-Smith, CEO of Perspectives, said: “We would have a much better world if there were more Georges.”