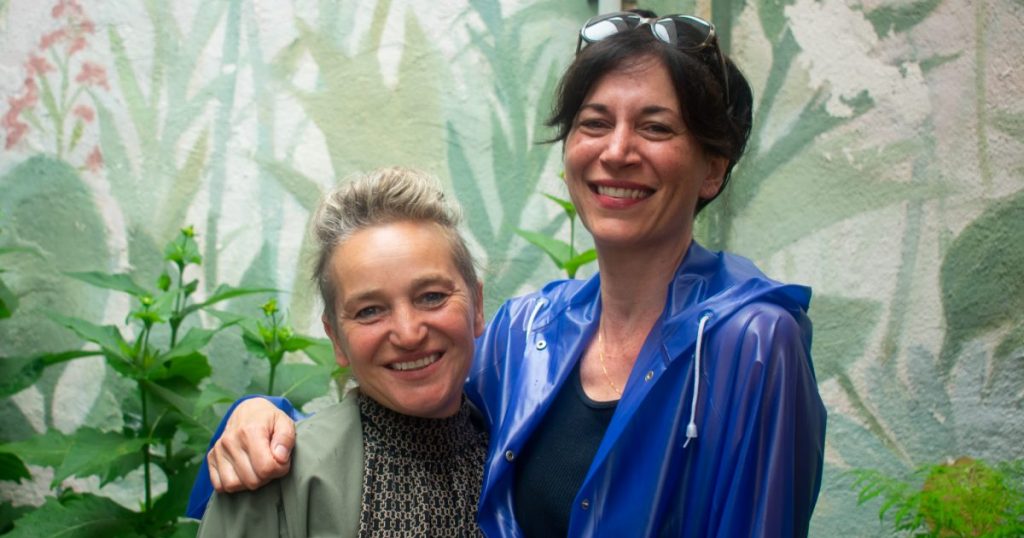 During the pandemic, the Hamtramck Arts and Culture Commission reorganized to create new programs allowing neighbors to get to know each other better.

One such initiative is called Our City, a three-pronged program organized by the commission’s Colleen Burke and Faina Lerman.

“It took a while to set up the vision, get ducks in a row,” Burke says. “I think up until the Our City events, the commission has mainly played a supporting role to other existing organizations and events.”

Lerman says the commission is working to build relationships in the city.

“I think we’re still in the early stages of finding the best way to retain the arts community here at Hamtramck, trying to build relationships with some of the other commissions and trying to get some visibility within from the community.”

Find a way to connect as “our city”

Our city was created to bring the community together through poetry, food and music. It is funded by a small grant from the Michigan Arts and Culture Council (MACC).

Burke says the first event in June 2022 brought together around 70 people to enjoy poetry in multiple languages.

“We held (the event) at the Ukrainian Church of the Immaculate Conception in the Rose Garden. We had seven poems representing seven different cultures that make up Hamtramck, read in their original language.

Among these languages ​​were Bengali, Bosnian and Arabic.

Burke says another organized event was food-based, where women brought dishes and recipes to share.

“There’s already a big block party that happens every summer, centered around people bringing food…music, lots of games for the kids. We invite two different women from different cultures to Hamtramck to create something special for their cultural history. »

Looking for ways to connect

Lerman says the commission hopes to increase its reach.

“We’re more interested in how to get to know our back-yard neighbors a little better…to try to create intimate programs that can kind of bring us together around a common theme, like poetry, music or cinema.

Burke and Lerman have lived in Hamtramck for years. They say they saw people coming and going.

“There are cultural issues that prevent people from being together in the same space…that we’re still struggling with, like, ‘Is this solved? Is it something to leave alone?

Lerman says people have different ideas of how to interact.

“Sometimes you try to identify yourself and there’s no middle ground yet…How far do we push to try and say, ‘We should all be like this. We have to get along. Whose idea of ​​a neighborhood is it? »

Lerman and Burke say they hope the commission can expand to include more people of different ages and backgrounds.

Burke says there is an opportunity for growth.

“There are people on the commission who have big ideas and are very connected to different aspects of the different art worlds. It’s cool, but he doesn’t have a lot of representation…and he has the opportunity to have that.

Reliable, accurate, up to date.

WDET strives to make our journalism accessible to everyone. As a public media institution, we maintain our journalistic integrity through the independent support of readers like you. If you value WDET as a source of news, music, and conversation, please donate today.