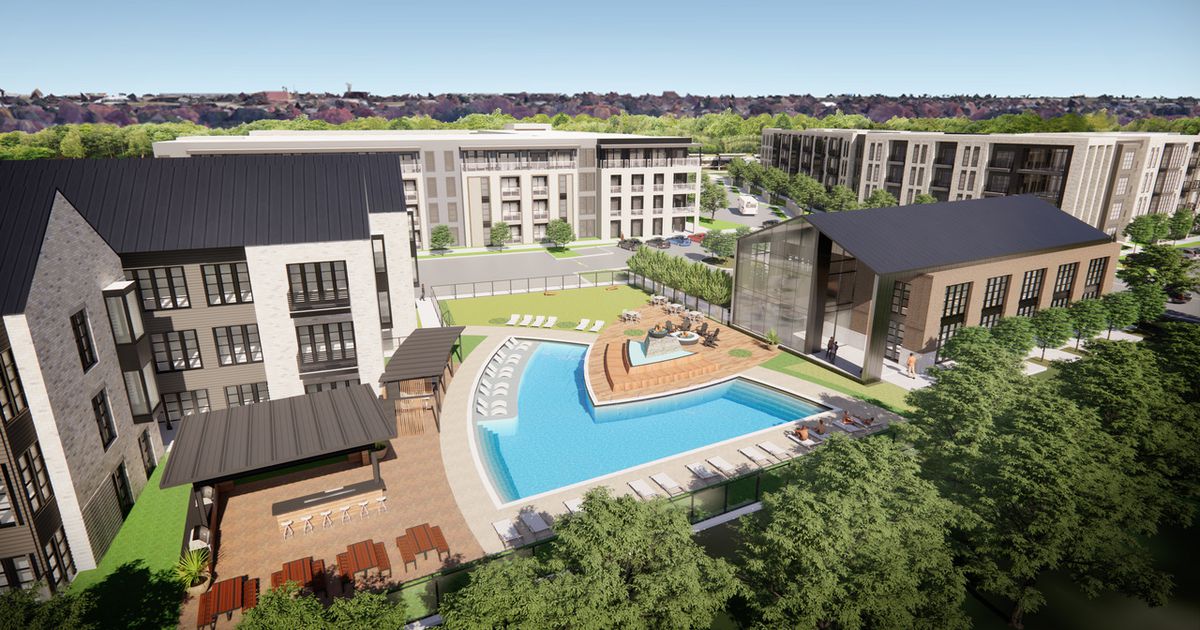 The developers have innovated on the next phase of the Lake Highlands Town Center in northeast Dallas.

The 70-acre mixed-use development is located at Walnut Hill Lane and Skillman Street and has been under construction for over a decade.

The developers have already built two apartment communities, a shopping mall and townhouses in the project, which is served by a DART commuter train station.

Now Austin-based builder OHT Partners has started construction on a 403-unit rental community near the northeast corner of Skillman. Called Lenox Lake Highlands, the apartments are slated to open next summer.

“Located in one of Dallas’ most desirable neighborhoods and school districts, Lenox Lake Highlands will offer luxury apartments with upscale amenities within walking distance of neighborhood shops, restaurants, parks and trails.” OHT Partners chief executive Howell Beaver said in a statement. declaration. “Residents can enjoy the best of Lake Highlands or easily hop on a train and get to the city center in 30 minutes from the nearby transit station.”

The new rental community will include apartments ranging in size from 600 to 1,640 square feet with a collaborative work studio, three swimming pools, a dog park and a 24-hour fitness center.

GFF of Dallas is the architect.

The Lake Highlands Town Center project is built on 16.7 acres purchased by OHT Partners last year. The site includes 5 acres for a second phase of construction.

The builder is also building the 435-unit Lenox Crown community in Garland and the 293-unit Lenox Oak Lawn on Oak Lawn Avenue, adjacent to the Warwick Melrose Hotel.

Development has been underway since 2007, when hundreds of aging apartments on White Rock Creek were demolished.

The redevelopment was delayed during the Great Recession, and the first phase – a 200-unit apartment project – opened in 2015.