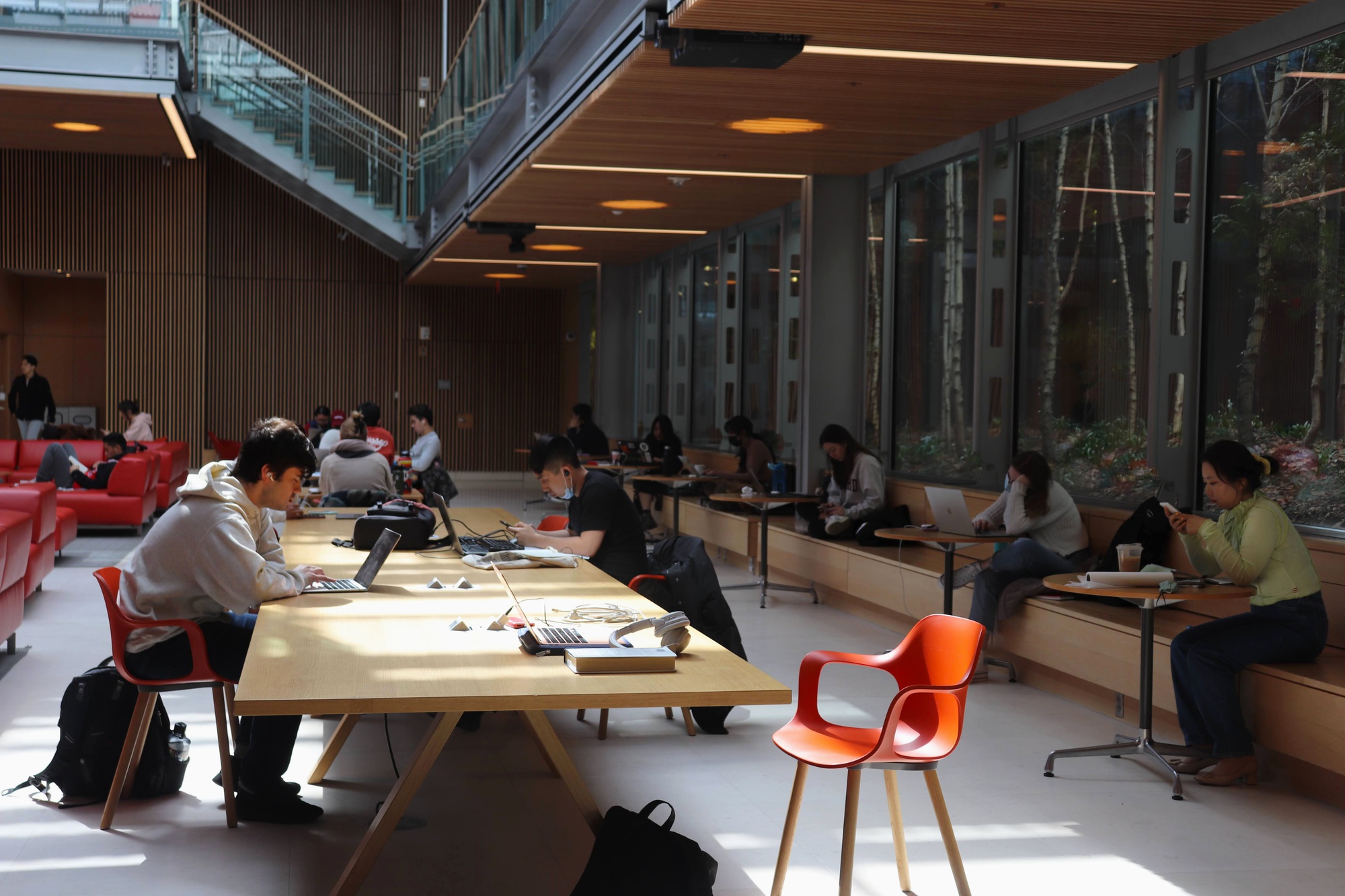 Mixed Mask Use Among Harvard Undergraduates After Requirement Lifted | News

With wearing a mask indoors now recommended — but not required — at Harvard College, undergraduates must decide for themselves whether to mask up in most indoor spaces.

Harvard lifted its mask mandate on March 14, when the city of Cambridge ended its own requirement. But the change came on the heels of a spike in cases among undergraduates in the four weeks leading up to spring break, when 765 college students tested positive for the virus.

Due to the spike, the school rolled out “college-specific” guidelines that strongly recommend mask-wearing in common areas and prohibit unsponsored social gatherings in indoor residential spaces. The College has also increased the cadence of undergraduate testing to three times a week until March 28.

In interviews this week, some students expressed apprehension about the timing of the change – which came over spring break – while many others said they were relieved that the school was rolling back the restrictions.

“I wish we had waited a bit, especially with everyone coming back for spring break,” Jamal Nimer ’24 said.

Scott W. Arbery ’24 agreed the mask mandate was dropped “about a week early,” but he said it was “about time” for Harvard to lift the requirement.

Others said they trusted the school to handle public health decisions.

“I personally trust the administration with the data and health-based decisions they make,” Daniel Shin ’22 said.

In a March 7 email announcing changes to the school’s masking policies, top Harvard administrators wrote that “despite the large number of reported cases, there have been very few hospitalizations and no admissions. in the intensive care unit (ICU) this year”.

“Although public health authorities have concluded that the virus that causes COVID is likely to continue circulating among us like the common cold or flu, the health risks it poses to our community can be effectively managed. with less intrusive measures than before,” the email read.

Mask use has been mixed, with some students keen to remove them and others more worried.

“It’s not necessarily something I feel comfortable with right now,” Sonya R. Ganeshram ’24 said. “It’s important to protect my own health, but also to protect the health of the people around me.”

Other undergraduates are comfortable saying goodbye to face coverings with the tally of cases across the country.

“I feel comfortable not wearing it,” Sawyer B. Cooper ’24 said.

Still, he said, “If I ever doubt whether I’m healthy or not, then I’ll wear a mask.”

Niara C. Botchwey ’23, who previously contracted Covid-19, said she would be personally comfortable removing her mask. However, she said she would continue to wear one in common areas out of respect for others.

“Especially in common areas, for people like dining room workers who have to be here, I think it makes sense to have that sense of security for them,” she said.

Some students said they would take a hybrid approach, continuing to mask up in crowded areas, but not in small groups.

Others said they would wait to see what case numbers look like after spring break before making a decision.

“My plan right now is to continue wearing a mask,” said George C. Guarnieri III ’22. “I’m definitely ready to take off by the end of the semester, obviously seeing how things go.”