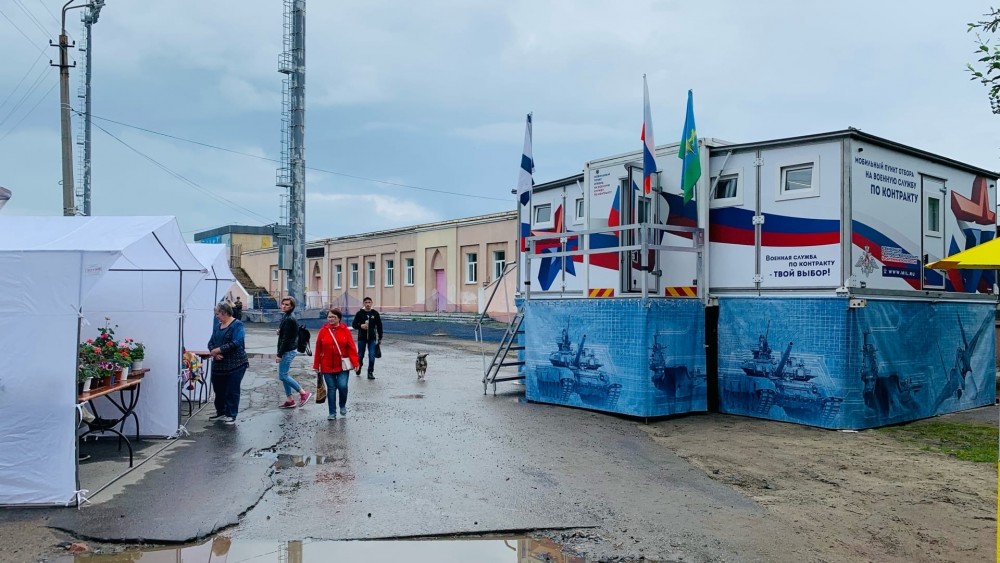 Murmansk offers 100,000 rubles in cash in recruitment drive for war in Ukraine

“I fully support the initiative of our veterans to create a regional unit from Murmansk to participate in the special military operation,” Chibis wrote on his VKontakte social media site after meeting with a group of veterans in the governor’s office this week.

“We are introducing a one-time payment of 100,000 rubles to those who sign a contract to participate in the special operation,” Chibis added.

The sum is equivalent to the price of an iPhone 13, currently on sale from 94,990 rubles in Murmansk Online Store.

Seeking to replace its heavy losses in the Ukrainian war, mobile military recruiting offices are deployed across Russia, including the Kola Peninsula.

“Anyone can apply for military service under contract!” writes the recruiting service on its social media channel promotion of the mobile office in Monchegorsk, an industrial city a few hours’ drive south of Murmansk.

“Are you ready to serve your country? – Ready for special tasks? reads the text of the promotion and informs that the offer applies to people up to 50 years old.

The office does not mention the war in Ukraine, but indicates that vacancies exist in the air force, navy and coastal units of the Northern Fleet, as well as in the military units of the 12th main directorate of the Ministry of Defence.

The Directorate is responsible for the country’s nuclear arsenal and has several storage sites on the Kola Peninsula, as the Barents Observer previously reported.

Similar mobile recruitment offices are set up in several cities of the Murmansk region. Some of them present small models of weapons, and as in Mochegorsk; automatic rifles.

People who sign contracts are offered a minimum salary of 45,000 rubles and will have to serve for periods of 3-5 years.

Since the start of the massive invasion of Russia on February 24, Governor Chibis has publicly shown his strong support for the war, walking around wearing a black hoodie marked with a “Z”, the symbol of the war. aggression against Ukraine.

“We are proud of the Arctic patriots who do not abandon their own people,” Chibis wrote and added, “…we will continue to support them in every way.”

The governor did not mention that for many young people now recruited, the Ukrainian bounty is a one-way ticket to war.