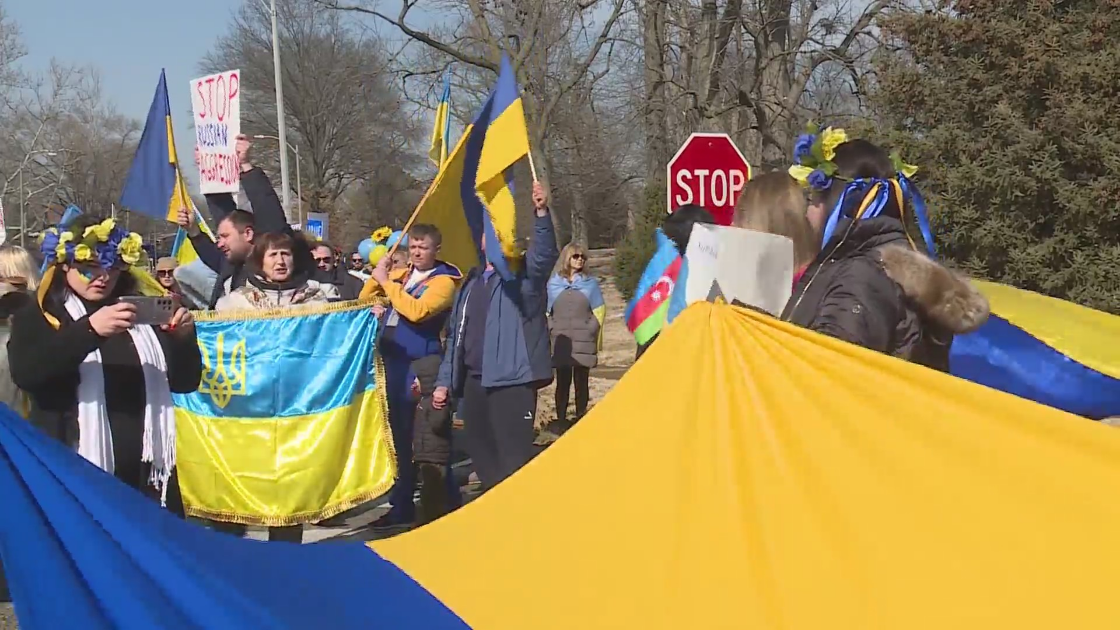 Nobody wants war on their land”: the Ukrainian community of Saint-Louis weighs in on the Russian invasion

ST. LOUIS — The Ukrainian community and those who stand in solidarity with it in this time of war came together Saturday morning in a parade of cars to raise awareness of the Russian invasion taking place overseas.

Participants in the anti-war car parade met at Wapelhorst Park in St. Charles County on Saturday morning and ended their ride near the entrance to Tower Grove Park. People held Ukrainian flags and wore matching color hats and gloves, as well as traditional Ukrainian scarves. Placards read “STOP WAR” along with other messages related to Vladimir Putin and Russia’s invasive and deadly attack on Ukraine.

As thousands celebrated Mardi Gras in St. Louis, those at the rally said we cannot lose sight of the innocent bloodshed that is happening in Ukraine and the threat it poses to the democracy and freedom, even in the United States.

Take a look at 9 Ways to Help Ukrainians Amid the Russian Crisis to learn how you can support the Ukrainian community here in St. Louis and abroad.