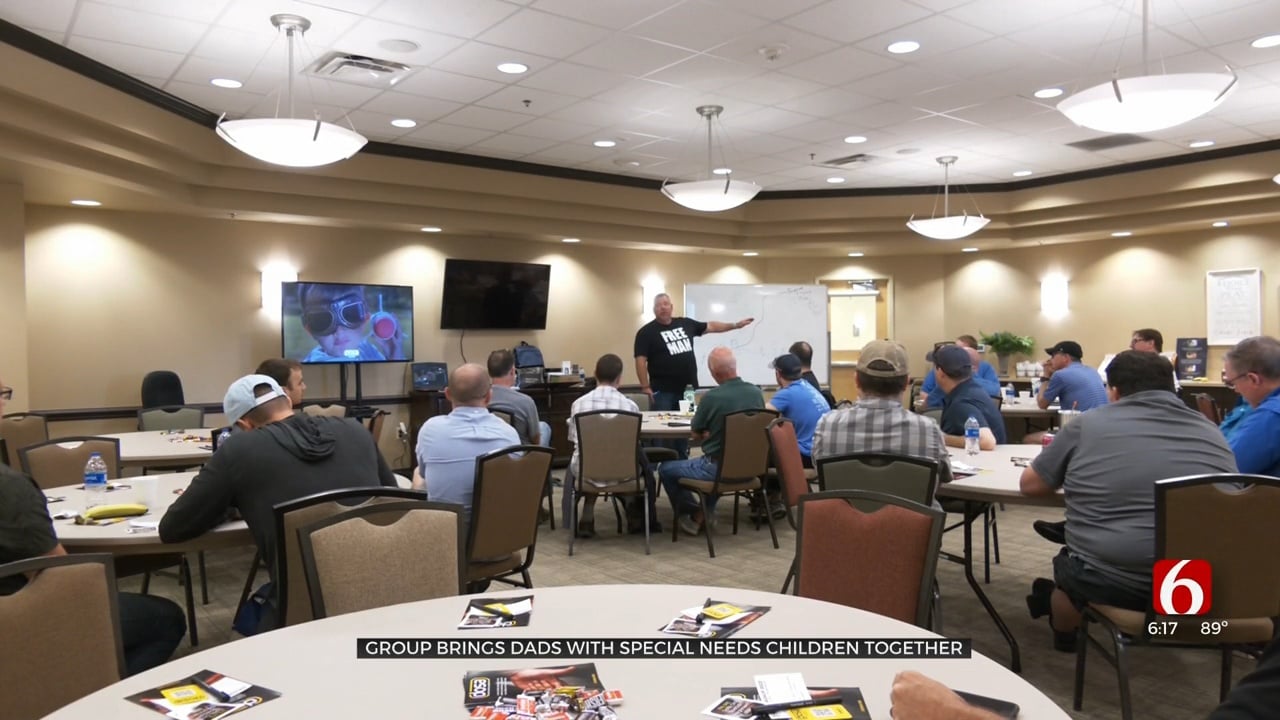 Non-profit organization Bixby held its first workshop on Saturday for dads who have kids with special needs. The Dads On Special Assignment founder said he started the group to help him through a difficult time in his life and to create a community with other dads who might be going through the same thing.

According to the National Library of Medicine, one in five households cares for a child with special needs. John Rieck said his son, Gideon, suffers from a rare brain disorder called Lissencephaly. He says caring for his son has introduced a whole new world, but says Gideon brings a lot of joy to the family.

Jeremy Warren, the founder of Dads On Special Assignment, says he started the group because he knew there were other dads out there who needed some form of community. He wanted to create a men’s ministry dedicated to the health and well-being of dads.

“We provide monthly support groups that meet, we have communication platforms for dialogue to happen daily through text apps, we also run workshops throughout the year,” Warren said.

Brandon Miller is a parent of children with special needs and said it takes a lot of patience and understanding.

“Well, it’s been great to be able to connect with other days who understand what you’re going through,” Miller said.

Jeremy says he hopes to expand his nonprofit organization across the country and create a network of trust dads.