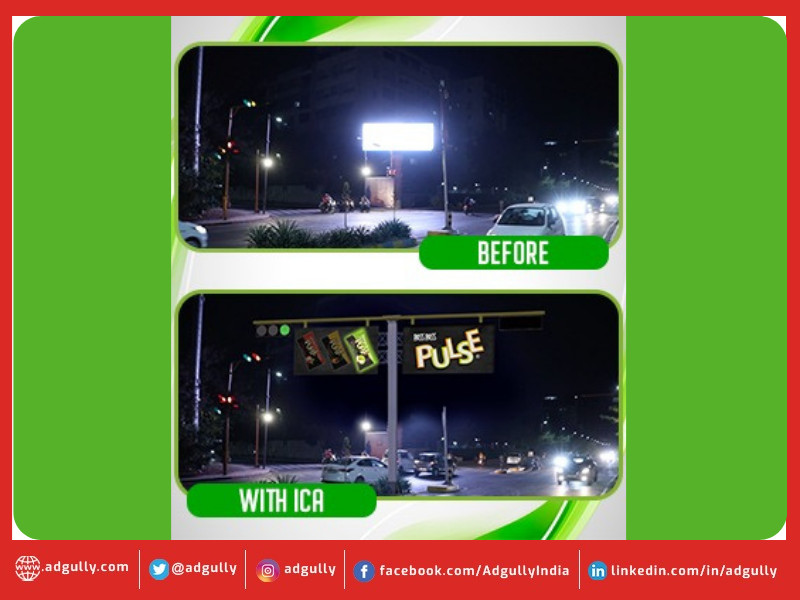 Pass Pass Pulse, DS Group’s popular candy brand, recently launched a unique outdoor campaign where the brand’s three candy variants were integrated into sign posts in an innovative format. To expand its communication reach, the same was recreated on television through a partnership with Whisper Media to spread the idea through In-Content Advertising (ICA) on popular mainstream entertainment channels.

The three popular variations of Pulse – Litchi, Pineapple and KachchaAam – are available in red, yellow and green packaging respectively. Playing on the element of color, the brand used the meaning of these three colors in the context of traffic lights, to create a transparent and unique outdoor campaign under the messaging “PranJaaye Par Pulse Na Jaaye”. The brand wanted to bring the same magic to viewers in Hindi-speaking markets to expand its reach. It has partnered with Whisper Media, the world leader in effective content integration, to deliver this efficiently using technology.

Whisper ICAs are able to bring branded communications in multiple formats, bringing the cross-media experience to audiences via the nation’s largest medium – television. Whisper Media has partnered with major TV broadcasters Disney Star and Zee Network; across all of their GEC platforms for HSM and Regional to present this proposal.

In-content advertising digitally embeds brand communication into content during the post-production phase and elevates the brand from the usual ad clutter. This allows a brand to deliver a campaign without the hassle of logistics and scheduling, in an impactful way. The ICA campaign was broadcast on the main channel GEC – Star Plus.

Arvind Kumar, Managing Director – Marketing, DS Foods Limitedsaid: “There’s nothing better than being able to replicate a campaign across different mediums, which increases recall among the target audience. We are pleased to partner with Whisper Media to be able to seamlessly execute this unique campaign through in-content advertising. »

Vikrant Dhawan, Advertising Sales Manager – North and East, Whisper Media said: “We are living in exciting times in the world of advertising where technology is enabling brands to capture the attention of viewers. In this latest campaign, we have managed to resonate organically with the offerings the product has to offer. This highlights the multiplier effect of the media allowing better recall of messages for the campaign.”

Runil Mehta, Media Director, Purnima Advertising, said: “Identifying the right media mix according to the target audience is essential to the success of any campaign. Whisper Media is at the forefront of innovation in advertising technology and was the perfect fit to run this campaign through ICAs. »

Launched globally in 2014, Whisper Media operates in over 10 countries around the world, with over 200 qualified members. The company has partnered with over 35 leading broadcasters and content publishers in these markets and has delivered over 500,000 seconds of integrations for brands.