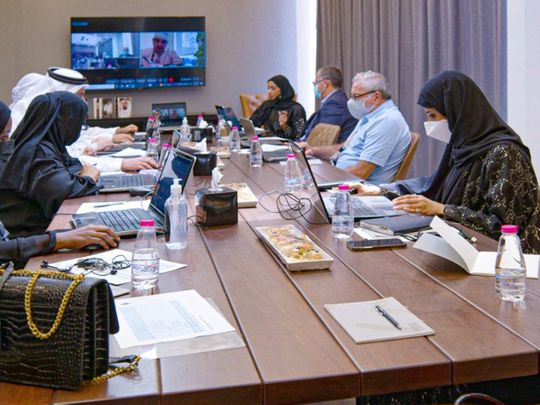 Recently, a meeting of the SGCA jury committee was called to discuss and analyze the applications received for the eighth edition of the SGCA.

The winners of the prize will be announced during the 10th edition of the IGCF, organized under the theme “History lessons, future ambitions”. The event is organized by the Sharjah Government Media Office.

The award received 403 submissions for the eighth edition. Jurors shortlisted 212 nominees in the 14 award categories, including 38 nominations from Sharjah, 145 other emirates and a total of 29 nominations from Saudi Arabia, Bahrain, Egypt, Lebanon, Sudan, Pakistan , Kuwait, Syria, Jordan, Morocco and other countries in the Gulf region.

On the sidelines of the jury meeting, Ali Jaber, a member of the SGCA jury committee and managing director of the MBC group, said that the media have the power to cause wars or keep the peace. He added that the media is one of the fastest growing industries and any organization that does not keep pace is doomed to failure.

Jaber, who is also dean of the Mohammed Bin Rashid School of Communication at the American University in Dubai, said: “The United Arab Emirates, alongside New Zealand, were among the few countries that managed to communicate effectively. with the public during the COVID-19 pandemic, although the majority of [countries] revealed that they had problems with this type of communication. The UAE was able to reduce panic among its residents and encourage them to get vaccinated. “

The characteristics of a media personality, online visual content platforms in Arabic, as well as the impact of social media on young people, were among the topics discussed by the jury. “Successful media personalities need to have charisma, as well as the time and ability to express, understand and interact with their audience. These qualities, along with continuous research and updating of knowledge and expertise, will keep them on course for success and development, ”said Jaber.

Message from the community: Riverworks Development Corporation hosts 3rd edition of Music on the Beerline event on Beerline Trail

Commentary: How Video Streaming Platforms Fuel Hateful And Sowed Divisions And What…

“We are ready”: the police insist on the preparation before the rally of…