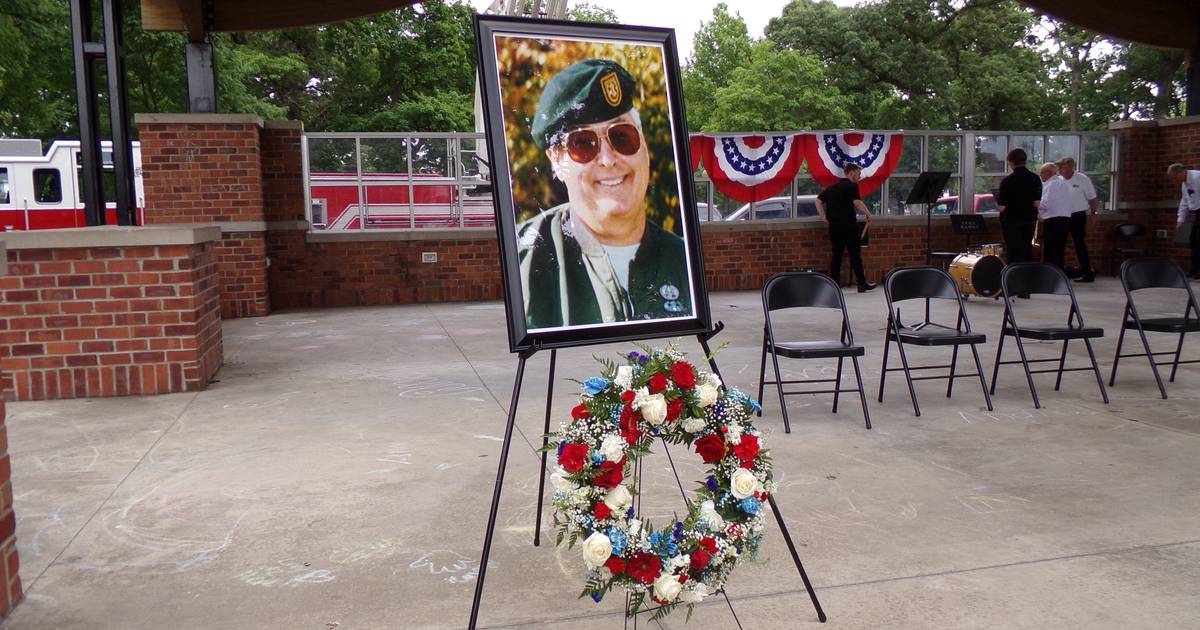 “He made it a better place,” Wrighton said.

Wrighton was one of seven speakers on Saturday to share stories of Lansford at a public memorial service at the Plumb Pavilion in City Park which was attended by around 125 to 150 people. Speakers focused on family, faith, education, military service, and government, each considered an important aspect of Lansford’s life.

Lansford died on January 15 at the age of 82, shortly after stepping down as mayor of Streator on December 31. He was mayor for 11 years and a member of the city council before that.

Due to pandemic precautions, community members did not have the opportunity to share their memories of Lansford at a public event until Saturday.

Wrighton listed an example of the projects Lansford had handed over, including the renovation of City Hall; the expansion of Vactor Manufacturing, the city’s largest employer; and downtown improvements. Wrighton said there are many other examples.

“He had a vision,” Wrighton said. “He could see what others couldn’t see. He would make a decision now that will help Streator in his future.

Wrighton said Lansford stood for what was right. He said that although Lansford served on the board of the Hospital Sisters Health System, which operated St. Mary’s before it closed, he encouraged OSF HealthCare to improve its original plans when it took over from HSHS. to include an emergency room and use the existing hospital. building.

Lansford’s time as a city councilman and mayor was one aspect of his life, but family came first, each speaker said.

His son, David, said his father attended Notre Dame University for his master’s degree, but always commuted to make sure he could spend time with his family. David said his father also arranged time for him to visit one of the college dorms, creating a shared love for Our Lady between the two of them.

Jack Dzuris, retired executive director of the Streator Area Chamber of Commerce and friend of Lansford, opened Saturday’s memorial by reminding those present to take life slower and listen to the music before it is over, noting that Lansford did so by prioritizing family moments.

Prior to his more than 40-year professional career in healthcare administration and banking, Lansford served in the United States Marine Corps and Army, including as a physician in Vietnam. He never stopped serving, his friend Doug Patterson said, as Lansford joined the VFW, American Legion and AmVets.

Reverend Caleb Suydam of Park Presbyterian Church gave the blessing and shared a story about Lansford and his wife Gigi as he gave them a tour of Streator, with Jimmie providing historical footnotes and excitement.

Lansford’s grandchildren led the Pledge of Allegiance and a color guard presented the flags.

The memorial served as a reminder that Lansford was more than a mayor. He was a father, grandfather, friend, veteran and civil servant.

Rose Okwechime: a woman who founded and sustained a 3-decade-old Nigerian bank