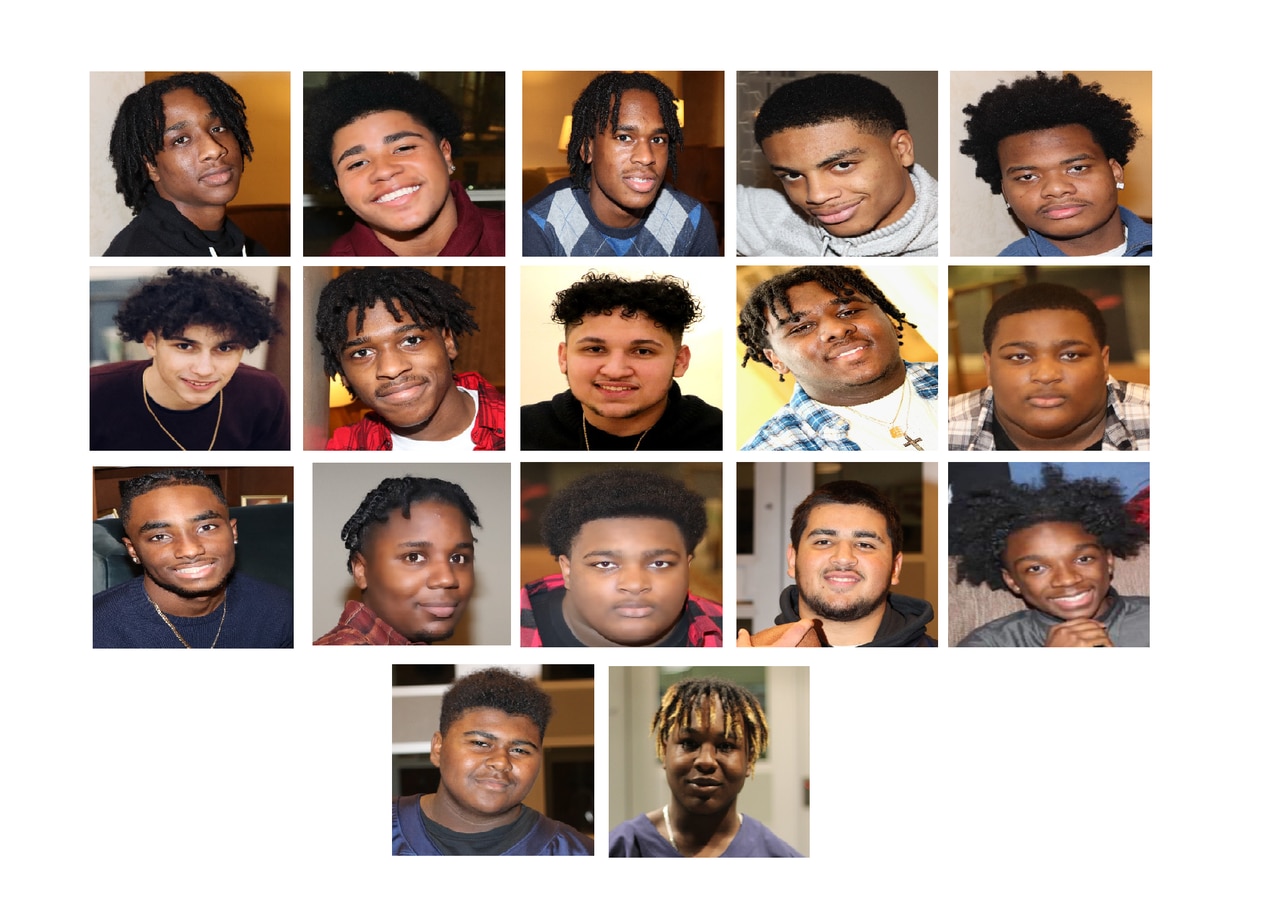 Syracuse, NY – 17 members of the Syracuse Central Institute of Technology varsity football team are being honored for their selfless commitment to giving back to their community.

The 17 ITC students have been selected to receive Syracuse University’s Unsung Hero Award, according to a press release from the Syracuse City School District.

The award was created to honor Martin Luther King Jr. and is given to local people who have a positive impact on their communities but who are not widely recognized.

The players started volunteering together in order to do something meaningful together off the pitch. They never thought about being recognized, they just wanted to give back to the people who support them.

They first banded together to volunteer at a Thanksgiving turkey giveaway on the South Side in November.

Team co-captain and ITC junior Isaiah Goodrich has been volunteering with his church and family since elementary school, his mother, Akua Goodrich, said at the contest. When he told his teammates about serving the community together, they were quick to follow suit, she said.

The players wanted to help with the giveaway in order to thank the community and find a way to return the love they receive on the pitch, Isaiah said.

After the gift, they were hooked.

“Once we got out there and saw people face to face, we all knew that was what we were supposed to do,” he said.

Over the next few months, they worked to find new ways to help the community.

They launched the Kicks for Kings program, which raised nearly $1,000 in one week. The program raised funds to help five college athletes who made significant academic progress purchase new sneakers and other sporting goods.

The players also created the Athletes program for community involvement. The goal of the program is to celebrate the academic achievements of other young athletes in the city and inspire them to get involved in their communities.

The players weren’t looking for any kind of recognition, but they are honored to accept this award.

“We are so grateful to be nominated for this very prestigious award,” said Isaiah, “primarily because we are Dr. King’s legacy in action.”

The players feel the award is an accomplishment for their entire community, their school and for other kids and athletes like them, Isaiah said.

Head coach Cedric Stevens is immensely proud of his players. He always tried to teach the team more than football.

“It’s more than football with me coaching here, it’s about life skills,” Stevens said when handing out the turkey.

He knows that his players are more than just athletes, they are leaders in the making. He is delighted that the community has recognized what he has always seen in his players.

“I know what each of them has in them and that’s why I push them to discover and show their gifts and talents on and off the pitch,” Stevens said.

The team will receive their award at a ceremony at Syracuse University at 7 p.m. on Sunday. The event will feature Martin Luther King III as keynote speaker.

Editor Anne Hayes covers breaking news, crime and public safety. Any advice, an idea for an article, a question or a comment? You can reach her at [email protected].

What is a Customer Connection Platform?