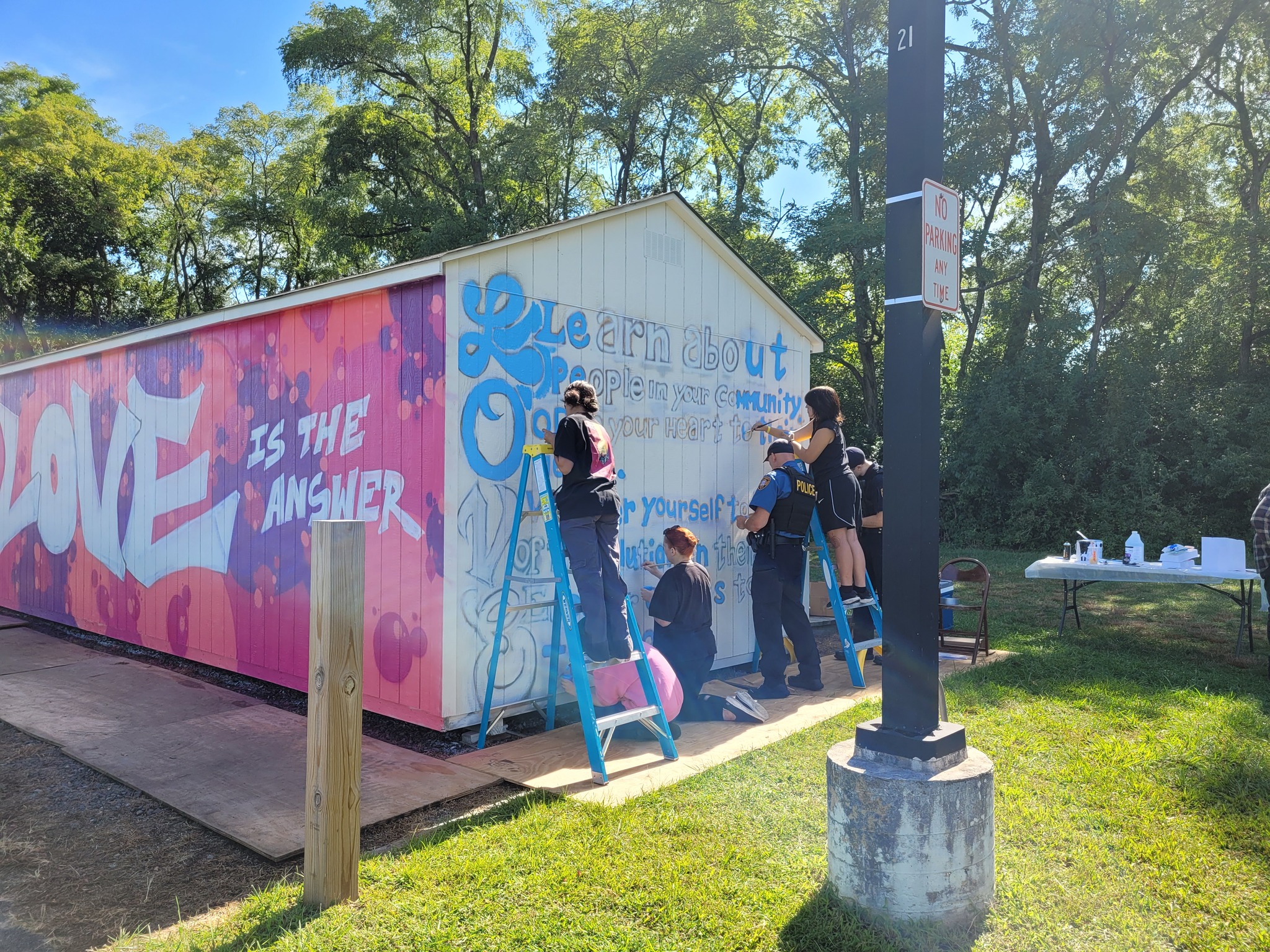 A new mural is coming to the Falls Township Community Park.

Falls Township Police said they were chosen by the Langhorne Borough Peace Center to create a LOVE Is The Answer mural in their community’s most popular park.

This past weekend, volunteers from Pennsbury High School, the Falls Township Police Department and three area artists came together to work on the mural.

This Saturday, the police invite the public to the Falls Township Community Park from 11 a.m. to 2 p.m. to join police, students and artists in painting the mural and witnessing the grand unveiling.

“LOVE Is The Answer is a growing national movement created by internationally renowned AJ Ali. AJ is an actor, television host, director, producer and writer. His latest award-winning film, “Walking While Black: LOVE Is The Answer,” and new book, “LOVE Is The Answer,” are helping to improve relations between police and people of color nationwide, and are used in workshops and other training programs he has developed,” police said in a statement.

“We are very grateful to have been selected by the Peace Center for the honor of joining this movement,” the statement read.

Those interested in attending are asked to enter the park through the Wheatsheaf Road entrance. Many park security guards will be on hand to help direct you.

The first mural was completed last year in the borough of Morrisville.

Report a correction by e-mail | Editorial standards and policies