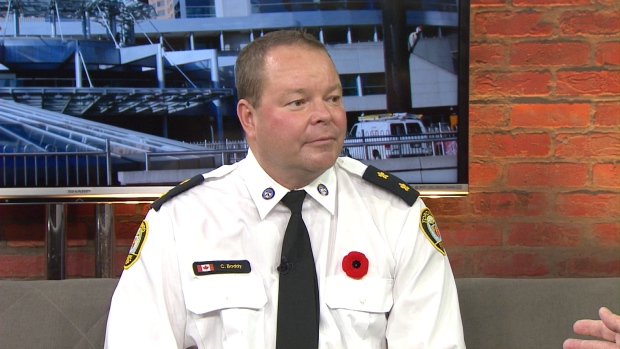 A high-profile Toronto police inspector known for his social media presence has been convicted of impaired driving.

The Ministry of the Attorney General confirmed to CTV News Toronto on Friday that Sgt. Chris Boddy was found guilty of one count of impaired driving by a court in Newmarket on December 23.

Boddy was sentenced to 12 months under a probation order and fined $3,000, the department said.

Prior to his arrest, Boddy often used his Twitter presence to advise against impaired driving. In January 2016, Boddy tweeted that “Don’t drink or drive” was his motto.

On August 29, York Regional Police arrested Boddy, then 52, for driving under the influence.

According to the Toronto Police Services (TPS), Boddy was suspended with pay “from the time of his arrest in late September.”

The TPS said its professional standards unit “will review the findings” of Boddy’s trial, “as with all criminal cases involving officers.”

Last month, another high-ranking TPS officer, Superintendent. Riyaz Hussein, 54, was charged and suspended with pay after he was caught driving impaired with an open bottle of alcohol following a collision on the 401 freeway.