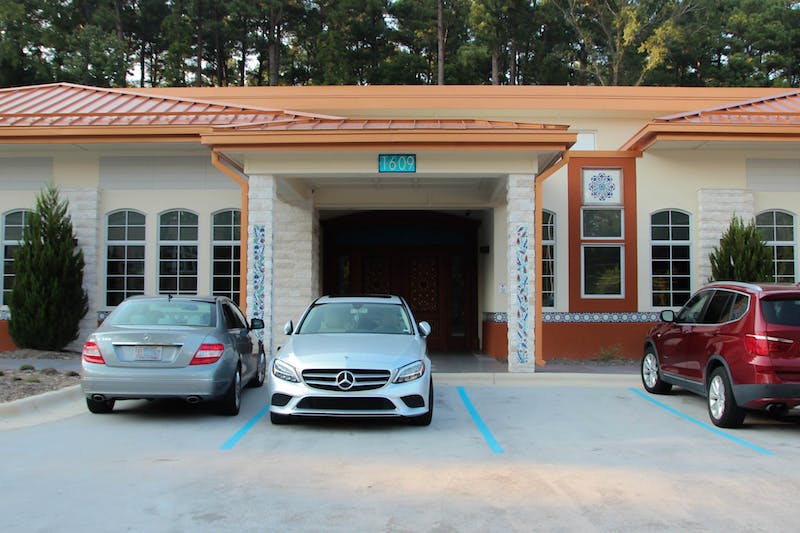 After two years of construction, the Sancar Turkish Cultural and Community Center – named after Nobel Laureate and UNC Professor Aziz Sancar – will officially open on October 29 for the Turkish Republic Day.

Although the $ 5 million facility has been unofficially open since June, Gwen Sancar – the COO of the Sancar Center, emeritus professor of biochemistry and biophysics at UNC and wife of Aziz Sancar, said they were still working on the building’s finishes.

The center is planning various activities to create a space for Turkish residents to celebrate their identity and find community.

The Sancars began working with students in 2007 with the creation of their nonprofit, The Aziz and Gwen Sancar Foundation. The duo would host Turkish students and academics at Carolina Turk Evi, the foundation’s former headquarters, to promote cultural interactions between Turkish and American students.

Turkish Evi served a dozen students and Gwen Sancar said she and Aziz had always dreamed of getting bigger.

Using Aziz Sancar’s share of the Nobel Prize money, along with many other generous donations, the center finally began construction in 2019.

Now that the center is up and running, Gwen Sancar said they were excited to resume some of their student-focused events.

On August 22, the center hosted its first official student event at the new facility – a welcome party for Turkish students from UNC, Duke, and North Carolina State. Rida Bayraktar, UNC junior, president of the Turkish Students Association of UNC, was one of the many people present at the celebration.

“I thought that due to the pandemic and everything that was going on, attendance would be lower, but there were around 50 students in the area,” she said. “So it was nice to connect with the Turkish community (in the Triangle).”

Besides serving the students, Gwen Sancar has many other projects for the Sancar Center, such as organizing weddings, organizing Turkish celebrations and organizing ESL classes. Ultimately, she hopes the center will strive to meet various needs in the community.

Gwen Sancar said her love for Turkey, combined with her love for Chapel Hill, fuels her passion to serve the local Turkish community.

“I think (Chapel Hill) is one of the few small towns in the United States where you could put something like that and it would be accepted,” said Gwen Sancar. “It is a testament to how people here appreciate people from different cultures. “

TSA Vice President Esra Mucahit said she was unaware that there was such a large Turkish community in the Chapel Hill area.

She said it was sometimes difficult to keep her cultural identity alive in the United States and it was nice to know a place where she could tell she belonged.

Having lived in Istanbul for most of her life, Bayraktar said the center fills a void she has already seen in the Chapel Hill area.

“I couldn’t find so much of my identity and my art here because it’s a smaller community,” Bayraktar said. “But this Turkish house being such a wonderful work of art and cultural work, I am proud of my identity again here.”

To get today’s news and headlines delivered to your inbox each morning, sign up for our email newsletters.