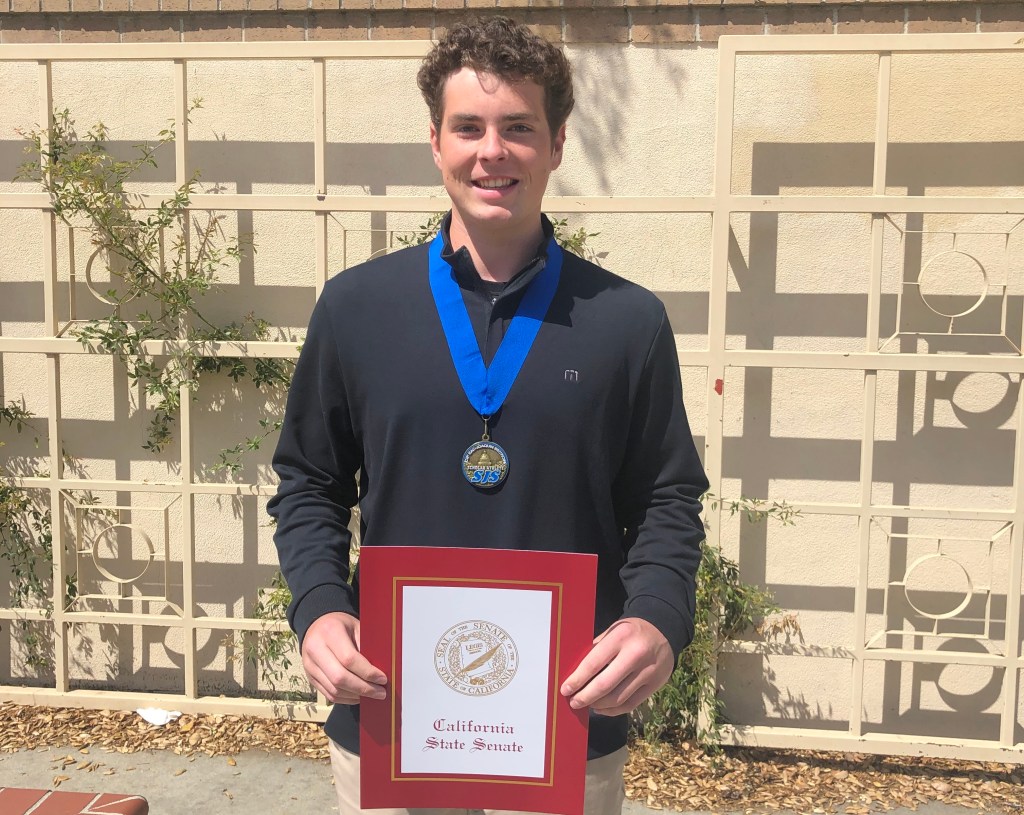 The 2021-22 school year has been a return to normal for many students. One Woodland Joint Unified School District student who was able to take full advantage of a full in-person school schedule to accompany three uninterrupted high school sports seasons was Blaine Wilson of Woodland High.

This season, Wilson’s athletic and academic achievements were noticed by athletic director Alberto Tamayo and earned him an A. Dale Lacky Scholar-Athlete Award. Wilson received his award earlier this week at a breakfast awards ceremony, which took place at Hutchins Street Square in Lodi.

“It meant a lot to me to know that I was recognized and people saw me as a leader,” Wilson said. “They also saw my success in class. That includes community service, athletics, and academics, so it was cool to know that people recognized that about me, too.

The award, named after former CIF Chapter and State President A. Dale Lacky, recognizes the top male and female student-athletes in the Chapter. Each league can send two winners, a male and a female, to be honored.

The scholarship committee selects four male and four female students as recipients of a $1,000 scholarship. The other candidates receive a $500 bursary from the Section. Wilson was the recipient of the $500 prize.

Wilson joins recent A. Dale Lacky Award winners from Woodland, including Lauren Bryson of Pioneer High School in 2021 and Tatum Wentworth and Dylan Fullerton in 2020, who attended Pioneer and Woodland High School, respectively.

Athletically, Wilson lined up as Wolves started from left tackle in the fall and helped them to a playoff game at home and a trip to the second round of the playoffs, neither of which had been made. over the previous 25 years. In the winter, he played a vital role for the Wolves basketball team as a power forward and center, and currently, he is the number five or sixth ranked player on the Wolves golf team.

“I would say this year has been quite successful,” Wilson said of his athletic accomplishments. “I was really happy that we got the chance to play. We were lucky because the kids last year didn’t have a full year.

Off the field, Wilson helps with community service in elementary schools and plays an important role in the Woodland High Future Farmers of America as a senior officer.

“I’ve always been a farm kid, and that’s what FFA is based on,” Wilson said. “Being with other people who have the same interests as me is great. It’s a closer group of people. They also have their own special classes. You make a lot of close friends in there.

In class, Wilson has an impressive average of 4.06. He is in two AP classes in English and government and one FFA farm for class, statistics and veterinary sciences.

“I just hope to make more memories with my close friends before we go our separate ways,” Wilson said. “It will be a bit sad, but I try to continue to enjoy it all and not stress too much.”